Some of you may recall that I showed this chap, quite a long time ago I’ll admit, back when my traitor guard force was still in its infancy. 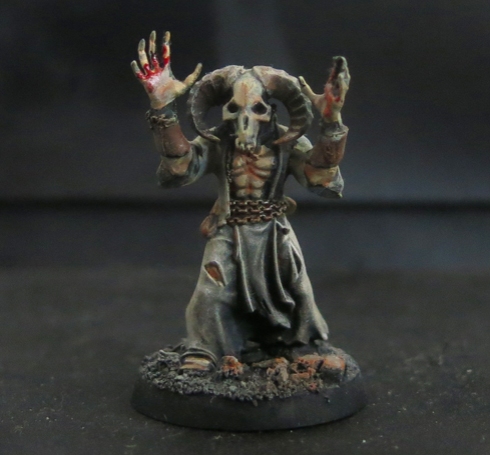 I’ve been intending to add a few more for some time but never really got around to it. Finally, however, my intensions have meshed with reality and I’ve got a couple more of them finished. 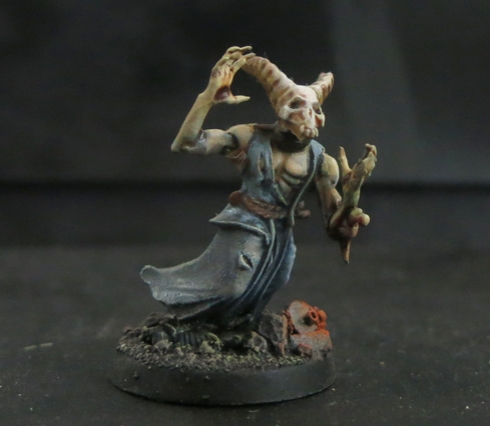 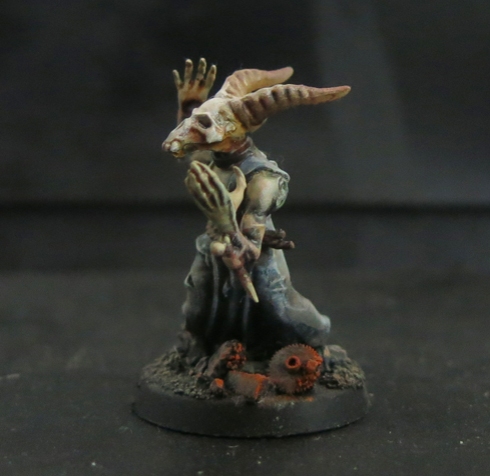 Originally, before I came across the Lost and Damned list from Forgeworld I was intending to base them around the Wyrdvanes of the Astra Militarum. The idea has stuck with me – I don’t image them as lone pyskers but as a coven, working together to perform their rituals. I picture them dancing, chanting and calling out to the gods of the warp with weird, sing-song voices. To add to the feeling that they are dancing (albeit in awkward shuffling steps) rather than just gesticulating wildly, I’ve given this one a rattle to help keep the sickly rhythm to which they move. 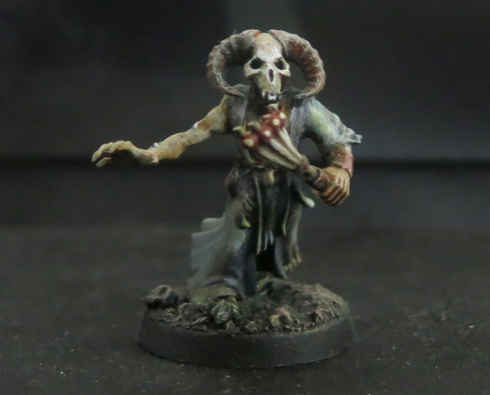 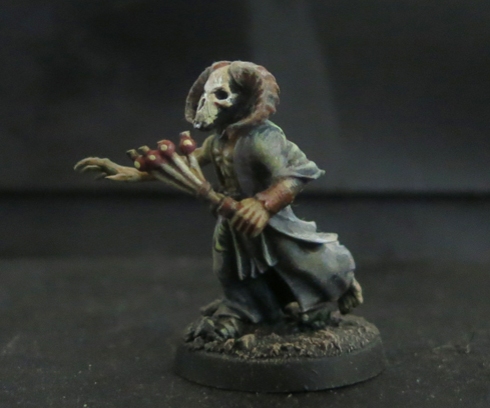 Two more are planned – including a leader – and if real life decides to play ball I’ll get them finished this week.