To call this model a conversion may be something of a stretch, he’s based almost entirely on this barbarian from momminiaturas, with the chaos symbols carefully scraped off his shield, and his club switched out for a sword. It’s not a huge change but I think it does a rather nice job of transforming him into an old knight, no longer as glory hungry as he once was but still ready to take up his sword in defence of his lands. 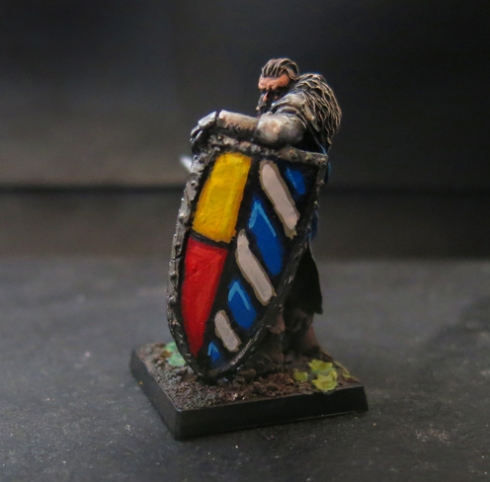