A Man of Outstanding Character

Increasingly I find that I both love and don’t love – hate is too strong a word – special characters. I love them because they add to the background, to the immersion in the world, to the sense that the 41st Millennium is a living, breathing place and the battles that take place matter – never mind how vast and uncaring the galaxy is purported to be. We’re often reminded that “…the Universe is a big place and, whatever happens, you will not be missed”. Special characters redress the balance, the Imperium may be on its beam ends but it is still possible for someone to make a difference one way or another. When the Emperor admitted that Horus’s last blow had stung a little and he was going to lie down for a bit it turned the Imperium on its head. If Marneus Calgar or Abaddon the Despoiler died tomorrow it’s safe to say that someone would miss them – or at least notice. Thus although the average Imperial Guardsman or worker in a hive sump might not be missed Special Characters are, well, special. However I also feel that, to a degree, they divorce me from my collection – that ownership of them lies not with me but with other people; the writers and creators of the game and its cannon of fiction and other players who also use them in the collections. 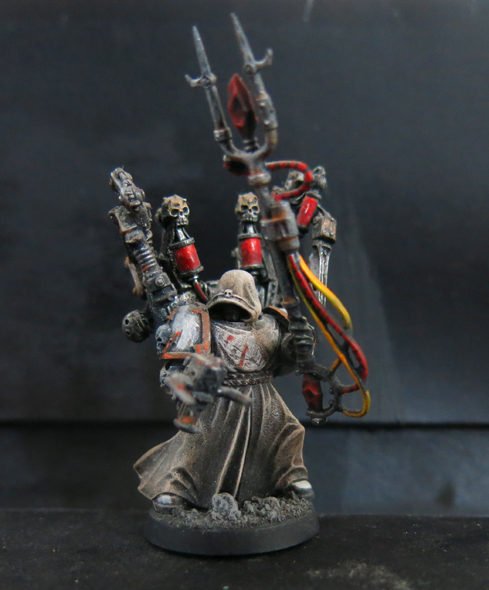 I love to see a collection modelled around specific units and characters from the background fiction. An excellent example of this is the Son’s of Horus army by Duncan Rhodes showcased in White Dwarf (November 2013) that featured Loken and Abbadon during the early part of the Horus Heresy. The collection both captures a moment in time and tells a story – specifically one to which I’ve already developed an attachment through reading the series of books from Forge World and the Black Library. I also enjoy being able to open a codex and read that in the year X, or at the time of battle Y, and see the whole army presented in a structured manner; the names of every sergeant, the title of every captain, all the way from the Chapter Master to the servitor that cleans his boots (I know that’s an exaggeration but you get my drift – pages of heraldry or chapter organisation are very cool. Several of the armies in Warhammer already have whole books covering just this and something similar for 40k could be very interesting).

However whilst I love to see a collection modelled around specific units and characters from the background fiction I don’t see myself collecting them any time soon. Part of that is my own chaotic approach to collecting armies, I add units based very much on whim, rather than following any kind of structured approach. It’s safe to say that Roboute Guilliman would have been disgusted with me! Then again with the three armies in my collection being Orks, Chaos and a Space Marine chapter that’s as close to being renegade as you can get, this is hardly surprising. Thus although there are stories in the 40k background which excite me (for example the Third War for Armageddon, the Badab War and of course the Heresy itself) none of them grip me to the level of the story I’ve imagined myself. That story is personal, it belongs exclusively to me.

This attitude extends beyond the army and into the characters that make it up. Take Abaddon the Despoiler for example. The Black Library novels have done a cracking job portraying him, from the bullish dedication shown in Wolf of Ash and Fire (excellent incidentally – I was lucky enough to get the chance to read a copy and it’s well worth it if you get the opportunity), through the inevitable path that follows through the Horus Heresy series as he transforms into the belligerent Despoiler that haunts the Imperium today. Needless to say I’m hugely excited about Talon of Horus. Sadly although the Black Library have made Abaddon into a deep and fascinating character his appearances in pieces of in-codex short fiction (for example in the last edition of Apocalypse or the Cypher dataslate) depict him as so paper thin and clichéd its almost embarrassing. If they are to be believed then it’s no wonder it’s taken him so long to prepare his final crusade against the Imperium, he’s been too busy twirling his moustache and cackling. It’s partly this dichotomy that puts me off from including him in my collection.

Then there’s the matter of sharing the limelight. The characters I’ve imagined as leaders are key to the story that forms the cornerstone of the collection as a whole. What would happen then if Kallamoon Kell found himself sharing the stage with Abadddon? The only reasonable explanation, without either stretching my credulity or abandoning the tenants of the setting, is for Abadddon to take command – and that would never do.

This is where I start to encounter a conflict. On the one hand I don’t want to include special characters in my army for all the reasons stated above. On the other hand I do – these are exciting personalities after all. In the end it comes back to a feeling of ownership, when all is said and done I want my own characters – but I’m inspired by the possibility of taking pre-existing characters and personalising them.

All of which brings us, in a roundabout way, to Fabius Bile. I like the idea of him as a character but at the same time felt that he didn’t fit in with the rest of my collection. Of course I could have invented a reason for him to be fighting alongside the Beasts of Ruin, as a nomad and mercenary it would make perfect sense for him to join up with another rising Chaos warband, but I preferred the idea of having something personal, something that belonged to me. Enter Pharol, the Bleak Physician. Rather than the Primogenitor himself I simply based my own character off a similar concept, creating my own twisted apothecary to harvest geneseed from dead loyalists and create fresh marines for the Beasts. He carries the same wargear as Apothecary Fabius and I would field him using the same rules but otherwise he’s my own creature. 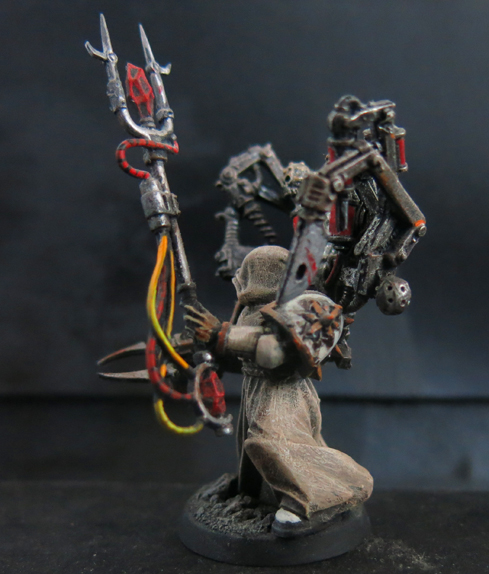 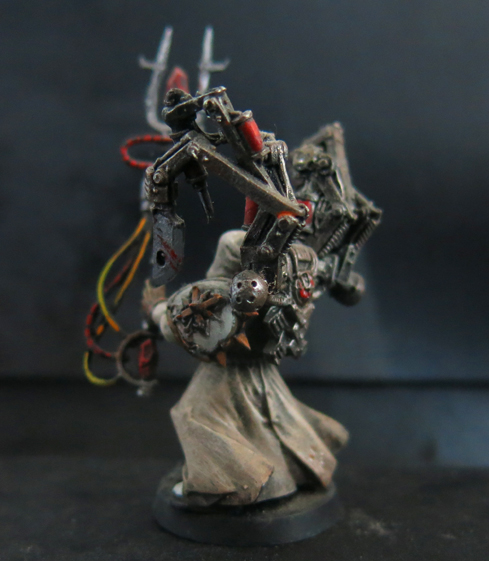 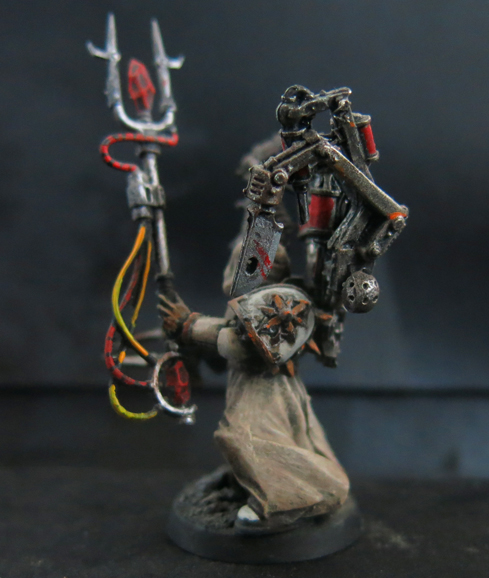 Rather than use the original Fabius as the base model for the conversion I chose a Dark Angel veteran and bought the Chirurgeon separately as part of a bitz-pack. However, doing this also got me a set of the backpacks usually used for the model of Cypher. Now, having read his dataslate, I’m starting to think that the next appearance of the most mysterious character in 40k should be amongst the Beasts of Ruin. Looks like everything I’ve written here might be hypocrisy after all eh?

Edit re: Wolf of Ash and Fire.
And what do you know – now it’s up to download FOR FREE from the Black Library website. Looks like it’s a limited time only offer though so get over there sharpish!