Back at the tail end of 2016 I found myself looking at my Skaven collection and wondering what to do with them. I’d loved the ratmen for a very long time, indeed the first miniature I ever owned was a skaven given to me by a friend when I was just a nipper, and my verminous host was long overdue for paint. Indeed, inspired by dreams of Skavenblight’s dominance I bought another friend’s army when she decided to get rid of it and added a whole new mountain of grey plastic to the one I’d already accrued myself. Now the thought of actually climbing that mountain appeared beyond my capabilities, it was just so vast a task that I found myself doubting I was up to the challenge. Enter “The Year of the Rat”.

My challenge to myself was simple – every month of 2017 I would finish something for my Skaven collection, no matter how small or insignificant. Some months it was indeed next to nothing, others I managed to churn out a reasonably sized host, but no matter the result the ball kept rolling, the army kept growing and I started to believe that I could do this, that someday I would be general to a rat army not a shameful, unpainted blob. By the time 2017 rolled to a close I didn’t want it to end, and I feared that without this goal to keep things rolling my Skaven would soon stall. Of course the answer had to be – why stop at all? In spite of the progress I’d made there are still plenty of unpainted rats waiting for attention. I may not have reached the summit of that unpainted mountain in 2017 but I’d crossed the foothills, now it’s time to shoulder my metaphorical pack once more and make for the summit.

At the same time as I was making the decision to forge onwards with my rats Azazel of Azazel’s Bitz Box blogged about Painting Decemb-uary, a hobby challenge which takes some effort to say and is damn near impossible to spell. Essentially the idea is to make use of the Christmas/New Year holiday and, for those of us in the northern hemisphere, the darkness of midwinter that keeps us indoors anyway, to paint something big. Whilst some hobbyists are naturally drawn to the big, impressive kits and struggle to finish a single foot-soldier others – and I count myself amongst their number – can paint infantrymen until the cows come home but fly into a panic at the sight of anything larger than a dreadnaught. Azazel’s challenge to us was to tackle those centrepiece models that we otherwise cower from, and I knew just the one I wanted to take on; the Screaming Bell.

If I had my time again one thing I’d definitely do differently is the building of this kit. I bought it fully assembled and, somewhat foolishly, thought that meant the job was partway done already. Heed my advice if you’re planning a screaming bell of your own because this proved to be a real error and an unmitigated headache. By trying to paint the model fully assembled (bar the grey seer himself who’d broken off along the way) I found myself struggling with numerous sections which proved next to impossible to reach with a paintbrush. Worse the open appearance of the model means that rather than being hidden these awkward corners are displayed for all to see, making getting in to fix them was even more imperative, if no less difficult. Hopefully my perseverance paid off although I’m still dreading the (highly likely) possibility that one of you will spot a section I’ve missed. If you do feel free to hoist me by my own habit of encouraging conversation on this blog and draw my attention to my error in the comment’s box. I’ll even thank you (albeit through gritted teeth…) 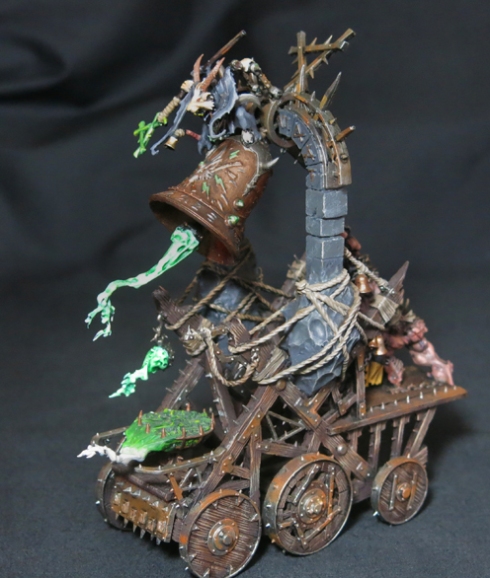 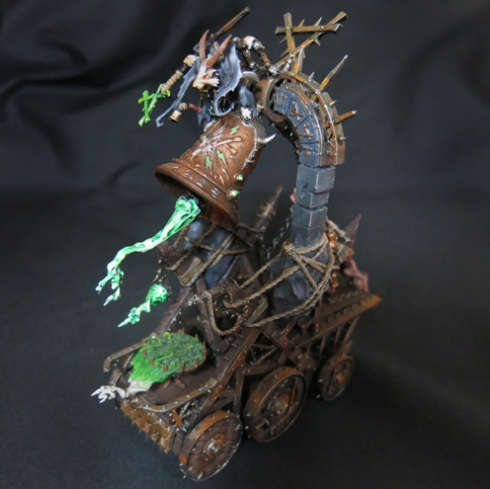 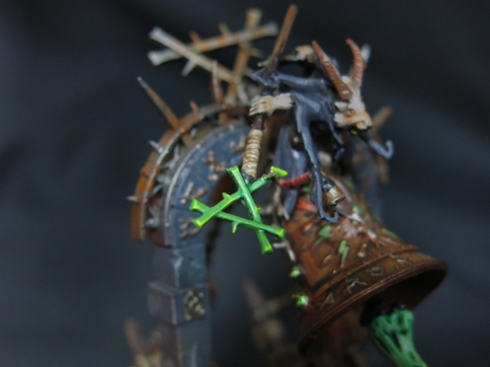 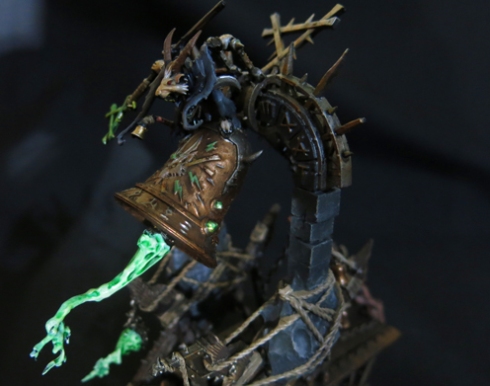 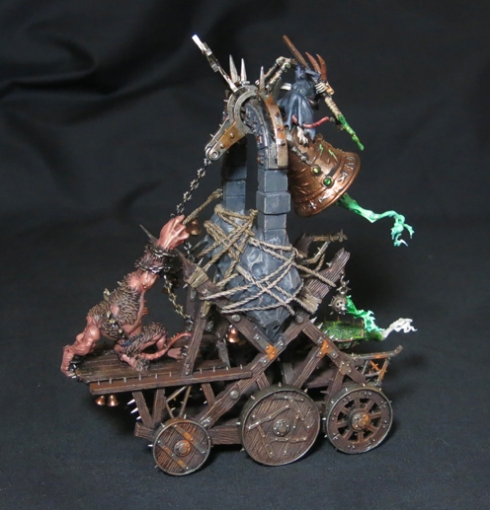 Of course the completion of such an imposing centre-piece model is a fine excuse for another group shot, even if it is only a month since the last one.

Once again my thanks to Azazel for setting up this challenge and giving me the push to get this model finished. If you’re not already familiar with his blog I really do recommend you take a look, both for the quality of his own work and to see the creative output of everyone else who joined in with Painting Decemb-uary.