It took me quite a while to get on board with the game Hate. Just the name is a bit off-putting and the promotional material around the game seemed to be trying really hard to be “shocking” and “edgy” and, like a teenage Satanist, wasn’t really pulling it off half as well as they imagine.

Plus it’s designed and produced by CMON and a decade or so ago I grew so heartily sick of their business practices that I swore I’d never buy anything from them again (although they do produce some very cool looking stuff these days and sometimes it’s hard not to be tempted).

Finally,  and this was the clincher, it was exclusive to kickstarter. Like being nagged in a lift this annoyed me on a number of levels. For one thing it seemed like a blatant attempt to drive sales, and only lead to copies selling for a small fortune on ebay. For another it meant I couldn’t actually buy the damn thing anyway, as I didn’t discover it until long after the kickstarter was all over, and I certainly wasn’t about to rob a bank just to pay some chancer on ebay. It also meant that there was no hope of them ever producing any more expansions, which is a shame because here’s the thing – the miniatures are bloody brilliant.

I’ve liked Adrian Smith’s artwork, upon which the game is based, for a long time, particularly the work he did for the Warriors of Chaos back in WHFB. The models for Hate reminded me very much of the Chaos worshipping savages of Warhammer, the Drune Kelts of Confrontation and all the other savage barbarians I’ve loved over the years. No matter how much I wanted to dislike the whole thing on principle the quality of the models kept drawing me back. At the same time the hobby hero known far and wide as the Imperial Rebel Ork kept telling me how good it was. Thus it was inevitable that when I spotted a good deal from a guy living not far from me I cracked.

The world in which Hate is set is a grim and savage one, based on the “Chronicles of Hate” graphic novel in which the Earth Mother has been broken and imprisoned, the sun is gone and blood-thirsty cannibals war over a lightless, dying world. As I have a bit of a soft-spot for hordes of savage barbarians it was inevitable that this would appeal to me. Take a look at  this nasty-looking thug for instance. 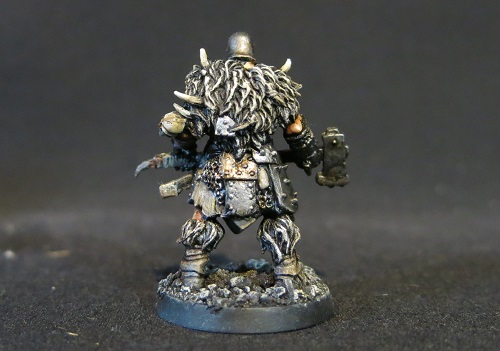 Most of them, like this guy, are clearly very evil. 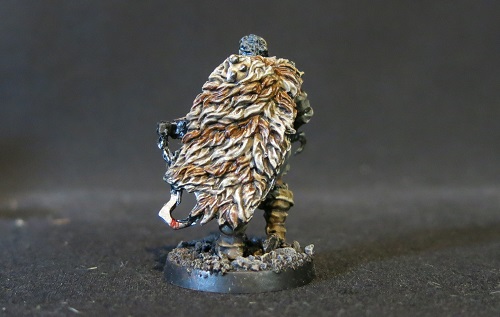 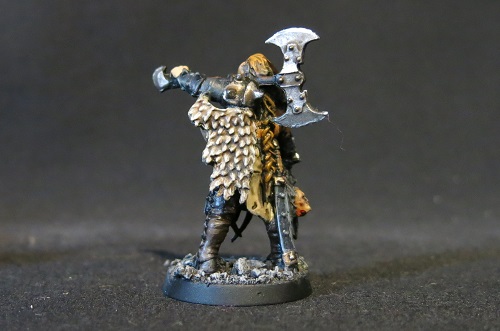 At first I wasn’t entirely sure who these next guys are. The book tends to emphasise implication and interpretation over clear explanations, which I like but which sometimes leaves you having to guess and fill in the blanks for yourself more than we’re used to. My understanding however is that these are troglodyte creatures, living in the depths beneath the earth, bestial and without technology to a degree that makes them almost like zombies. 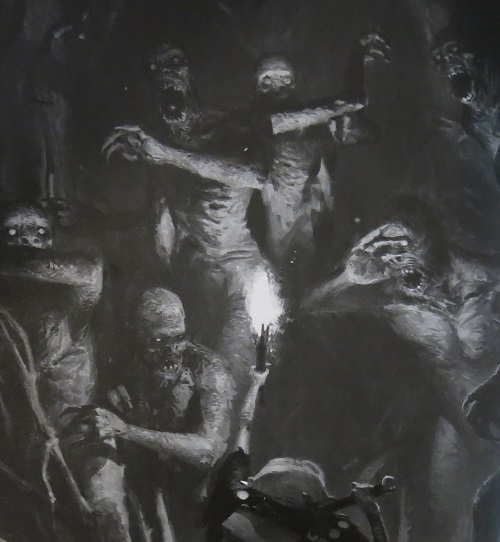 The kickstarter goes into a little more depth, explaining that “The clay men slept for centuries. Encased in mud, deep in the earth. Once a proud race of men, they now return from their living grave. Much diminished as humans, they now only crave flesh”. So they’re basically zombies then. No need to be coy about it, zombie cavemen sound pretty damn awesome to me! 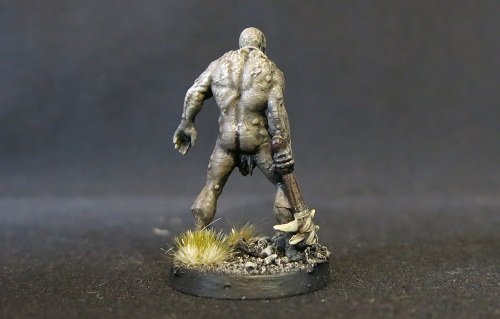 The box comes absolutely jammed to the brim with miniatures so expect to see lots and lots of nasty, barbaric individuals appearing over the coming months as I work my way through them.