Tomb It May Concern – Part 4

Just to prove that my adventures with Necrons last month were not merely a flash in the pan I’m back on the tomb world once again, hauling yet more grumpy androids from their dusty graves. My first port of call was a leader for my army, an undead king in the form of this Necron Lord. 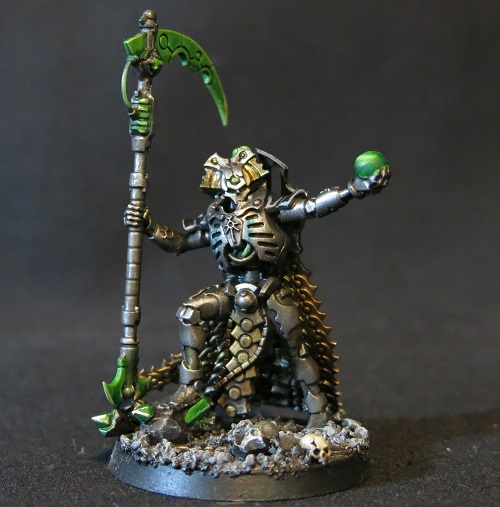 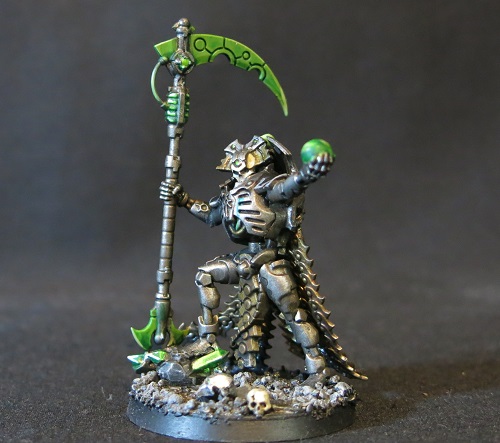 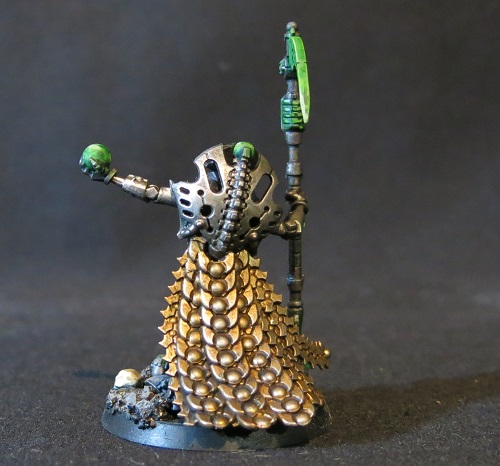 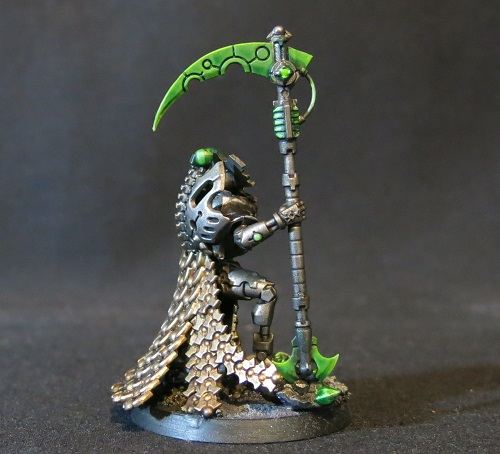 As the commander of my legions he needed a suitably impressive title so I turned my attention to the naming table from the previous edition of Kill Team combined with the Dynastic Epithets in the current Necron codex. Rather than roll a dice however I just asked my wife to pick some random numbers, and we ended up naming him Anubitar the Unstoppable, Breaker of the Beings Below. Needless to say I’ve pencilled this in as a suitable name for our first child as well.

Next up, the oddly endearing Canoptek Reanimator. 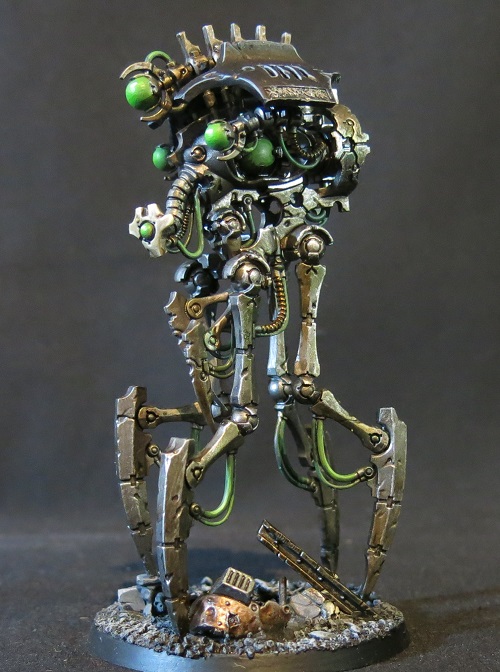 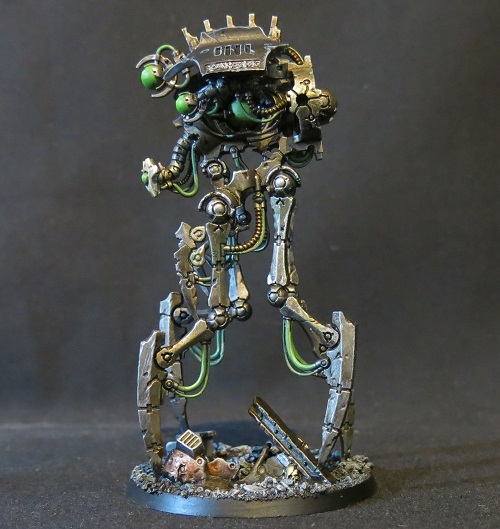 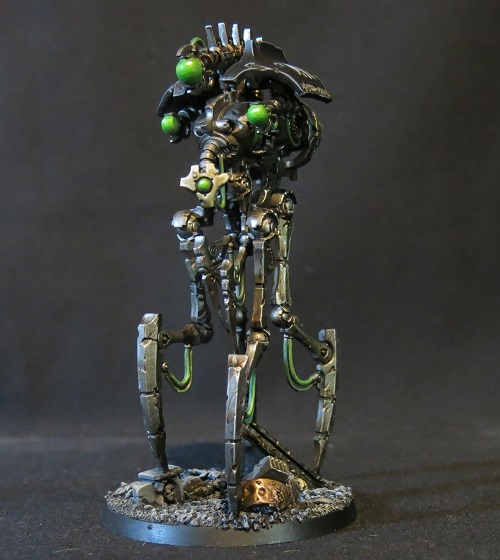 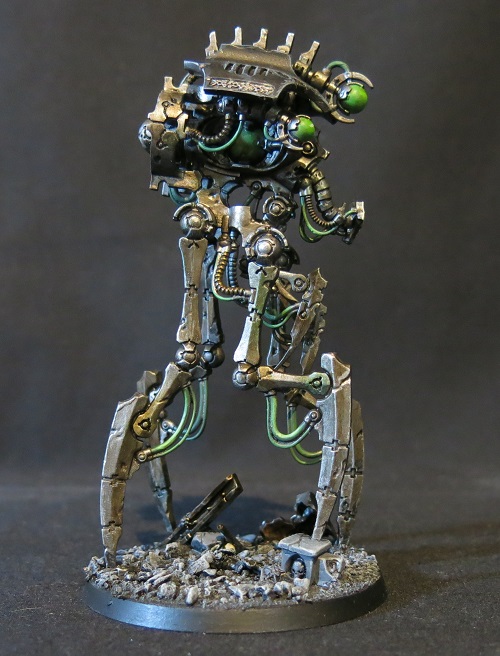 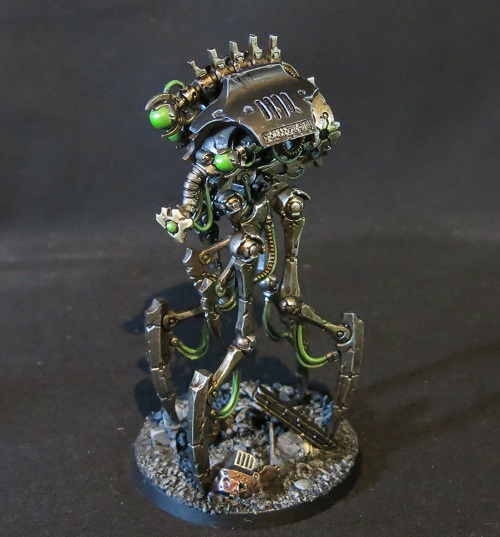 This is an impressively tall model, as demonstrated by the way it towers over this Necron warrior. 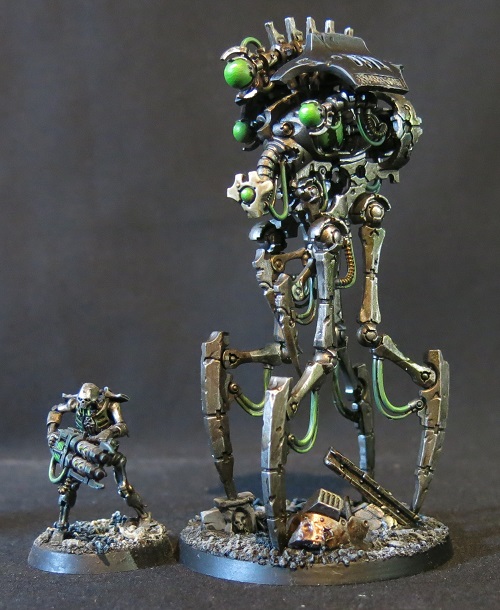 Finally we turn from the very tall to the fairly small, and the diminutive Plasmacyte. 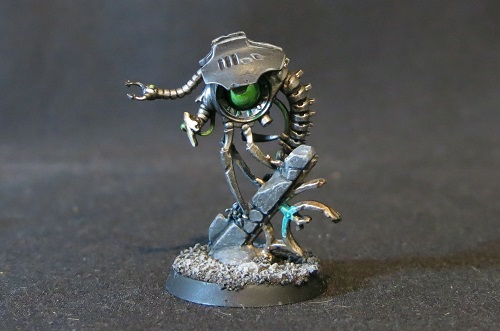 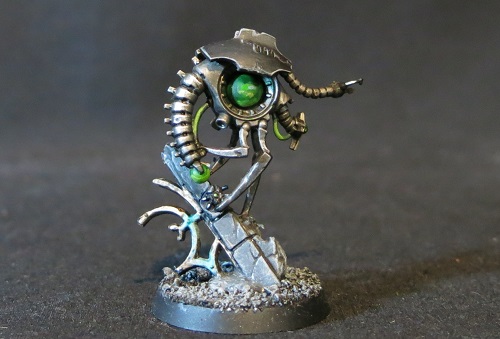 Not quite as many models as I managed last time around but then again work is still super busy, and I’ve got a lot of other projects clamouring for my limited time as we hurtle towards the mid-year update. More mechanical men should appear in the second half of the year however.

Like Loading...
This entry was posted on Friday, June 24th, 2022 at 6:21 am and tagged with Canoptek Reanimator, Necron Lord, Necrons, Plasmacyte, Warhammer 40k and posted in Necrons. You can follow any responses to this entry through the RSS 2.0 feed.
« In The Green Wood – Part 5
Dread Legions »