I’m not usually one for batch painting but if I’m honest the House Stark Sworn Sword miniatures I have are both straightforward to paint and not very interesting so I decided to just power through without delay. 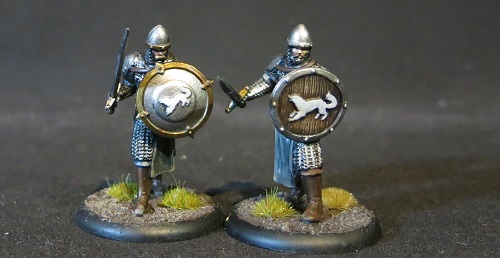 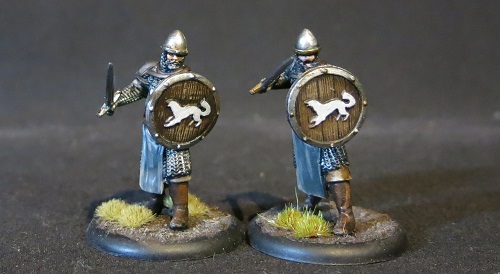 With this little lot done the squad was almost complete and just needed a man with a banner to help them stand out in the thick of the fray. 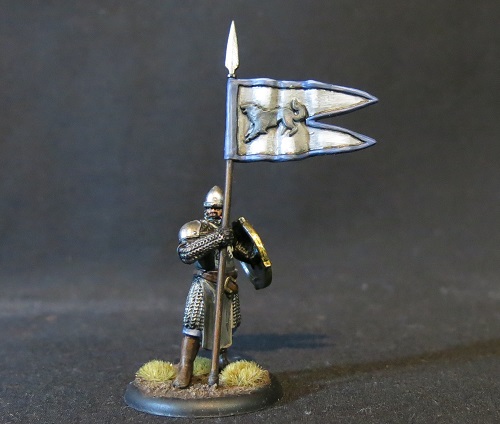 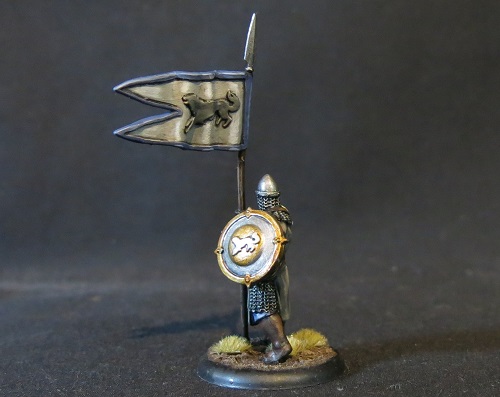 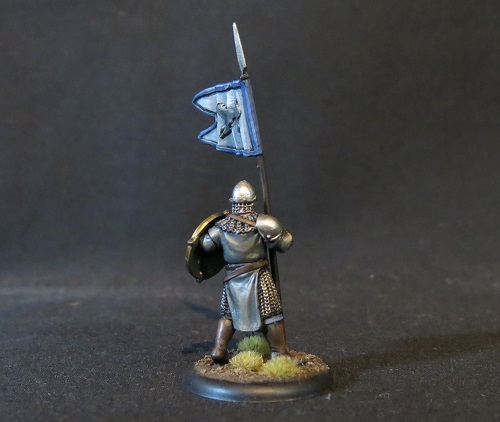 With him done the unit could actually be called complete, as Robb Stark will be taking the final slot and acting as the leader. However there will be days when I feel like having someone else in charge of the army, or Robb will be attached to a different unit or busy doing something else like helping Uncle Edmure to plan his wedding. At such times I’ll need someone else to take charge of this unit – enter the Sworn Sword Captain. 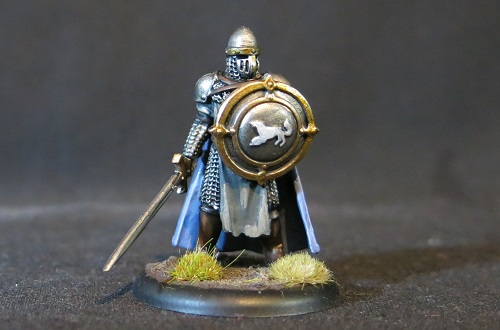 The unit still isn’t done though, to be called complete it needs a movement tray so I got that painted up as well. 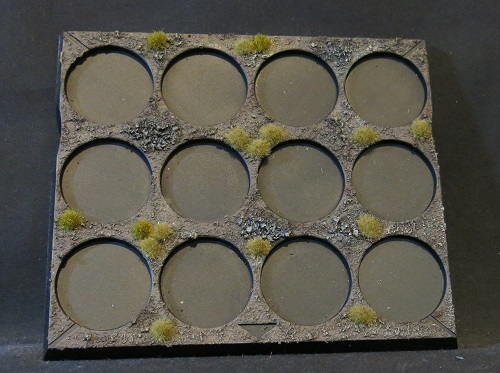 And as I was doing so I realised I still hadn’t painted the movement tray for Grey Wind either, so I painted it at the same time. 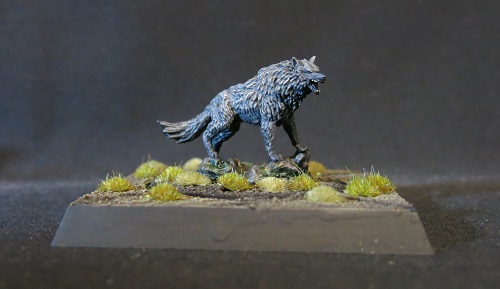 Here’s the full squad of Sworn Swords, ready to take to the field. 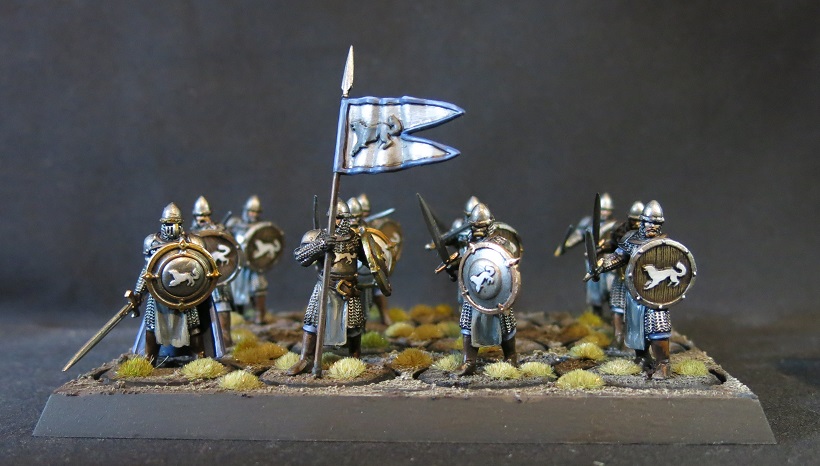 In theory my next move will be to paint up some more units from the Stark vs Lannister boxset but having painted these Sworn Swords I’m in the mood to tackle something a bit more fancy from the wider Stark range so I might veer off and do that instead – watch this space I guess!

Like Loading...
This entry was posted on Monday, May 16th, 2022 at 6:50 am and tagged with ASOIAF, Game of Thrones, Stark, Stark Sworn Swords and posted in A Song Of Ice And Fire. You can follow any responses to this entry through the RSS 2.0 feed.
« Bestigor
War Eternal – Part 10 »