You’ll be pleased to hear that over the weekend I managed to paint up quite the horde of Orks as part of the Orktober painting challenge. Naturally you might assume, based on that provocative opening statement, that I’m going to show you some painted greenskins today – but you’d be dead wrong about that. You see, several months ago I swore an oath; to paint something for my Adeptus Mechanicus army every month of 2021 and I shall hold to that, come rain, shine or even hordes of Orks.

This month I’ve tackled another specialist tech-priest, and a model almost as fiddly as last month’s Tech-Priest Manipulus, the Cybernetica Datasmith. The Adeptus Mechanicus have always had an uneasy relationship with artificial intelligence. On the one hand armies of robots would be great, seeing as they’re durable, remorseless and wonderfully easy to mass-produce. They don’t have families waiting for them back home, they don’t need to be fed or paid and you don’t have to worry about them returning from war injured or traumatised. On the other hand, as anyone who has seen films like the Terminator can attest they do have the troubling habit of going rogue and removing problem elements (up to and including the entire human race). In the backstory of Warhammer 40k humanity tried having armies of robots and the battered survivors swore never to do it again. Nowadays the Adeptus Mechanicus keeps a very tight leash indeed on their robots and the men who hold those leashes are the Cybernetica Datasmiths. All this does have a downside of course, if the Datasmith happens to die – always a risk when you’re on a battlefield – the robots under his command will continue to follow their last instructions, at which point you’d better stand well back until they run out of batteries – however long that takes. Still better than letting the damn things think for themselves though! 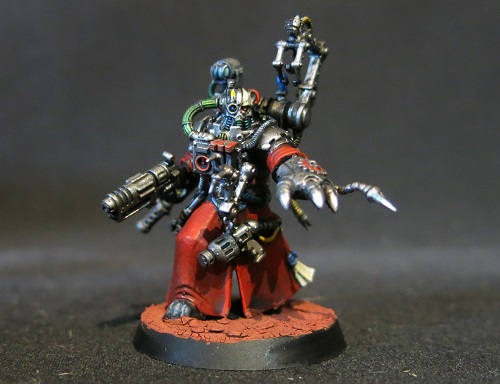 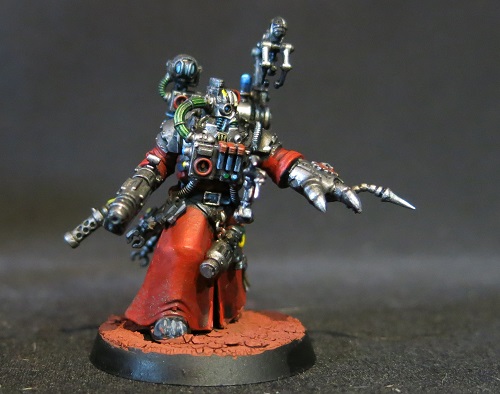 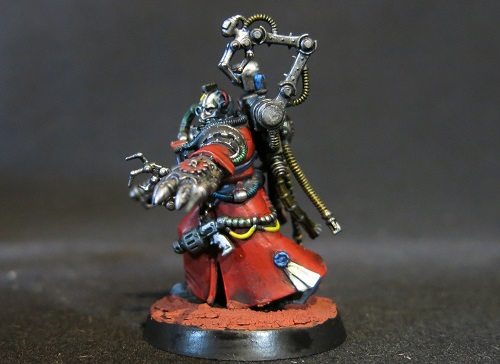 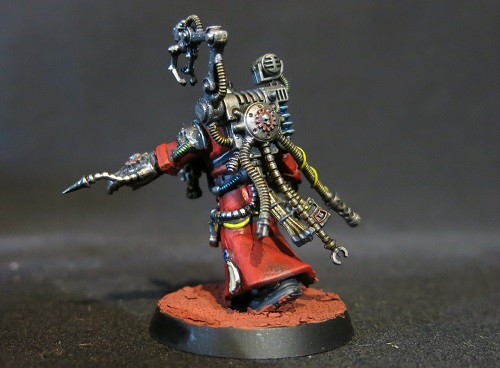 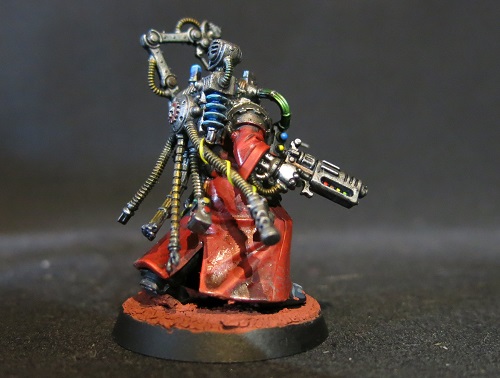 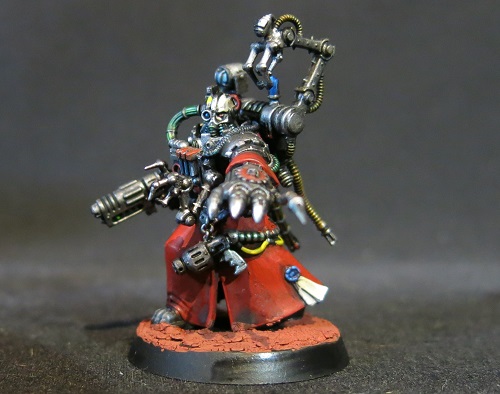 Ready to march alongside my Datasmith I have a pair of mighty Kastelan Robots but they’ll have to wait until Orctober is over. I do plan to add them to the army by the end of the year though.

Like Loading...
This entry was posted on Monday, October 11th, 2021 at 5:46 am and tagged with Adeptus Mechanicus, Cybernetica Datasmith, Warhammer 40k and posted in Adeptus Mechanicus. You can follow any responses to this entry through the RSS 2.0 feed.
« The Gitkillas – Part 1
Back To The Primitive – Part 2 »