Despite how much I like the various chaos warbands made specifically for Warcry I seem to have ended up painting lots of warbands from other factions instead. I don’t see any reason to stop doing that of course but I do intend to tackle a few of what I still think of as the “core warbands” as well. I even got as far as assembling the gladiators of the Spire Tyrants but never got any further until I spotted this Headtaker the other day. He was the first model I worked on for the warband but for some reason progress stalled when he was within about half-an-hour of completion and for several months he just sat there until I picked him up again and finished him at last. 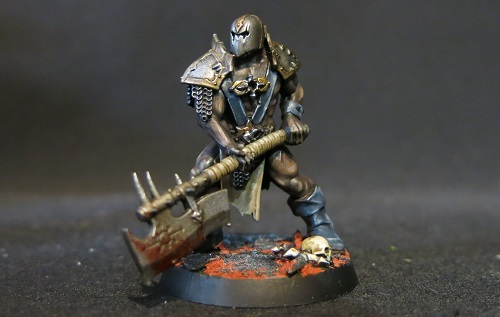 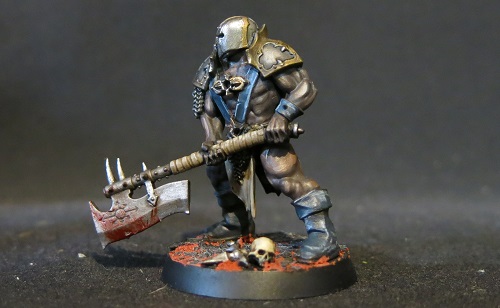 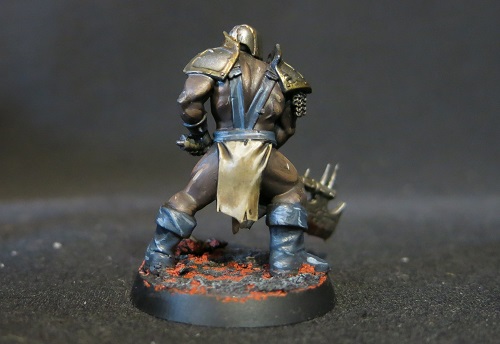 As previously mentioned I intend to use Orktober to encourage myself to paint a load of greenskins so the rest of the gladiators may end up waiting a little longer but I’ll aim to crack on with them soonish.

Like Loading...
This entry was posted on Wednesday, September 29th, 2021 at 4:40 am and tagged with Chaos, Headtaker, Spire Tyrants, Warcry, Warhammer and posted in Warcry. You can follow any responses to this entry through the RSS 2.0 feed.
« God Of Murder – Part 5
Nikkit and Makari »