I’ve been bumping my gums about the new Redemptionists for Necromunda since they were first previewed so it’ll come as a surprise to precisely no-one that over the last week or so I’ve been using whatever time I could claw back from work to mess around with them, new sprues in one hand and clippers in the other. As usual with Necromunda the stock models are very nice but this is my gang – and so as far as possible I’m going to put together a bunch of unique characters ready to take the underhive by storm. Before we get started let’s remind ourselves of what the stock Redemptionist models look like (fantastic miniatures with silly anime hair-dos basically!). 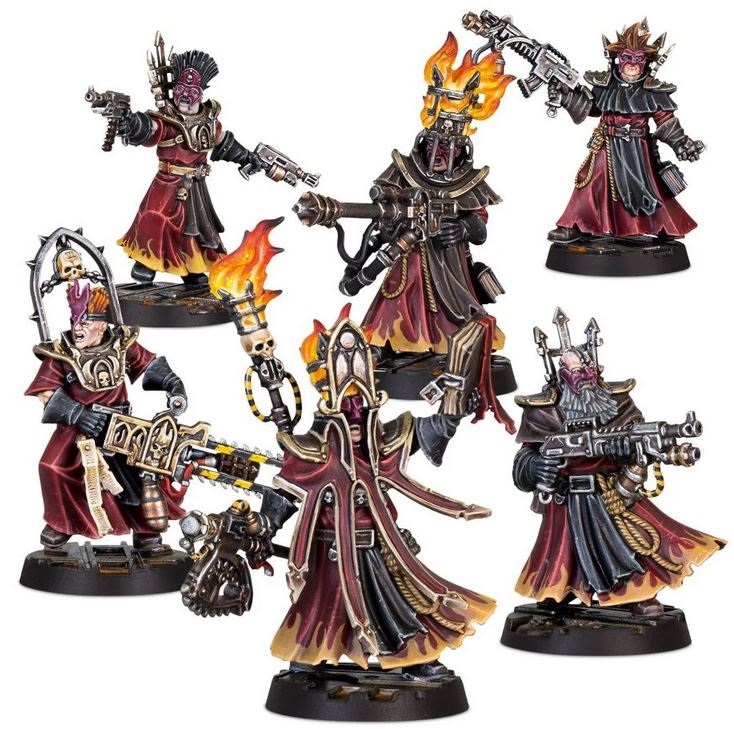 It’s also worth noting at this point that the Redemptionists can be used either to make a gang in their own right, or to bolster the ranks of House Cawdor. Now regular readers will know that I’ve already got a Cawdor gang – and for those who don’t know, or who’ve forgotten what they look like, here’s a cheeky reminder.

These Redemptionists however are, to my mind at least, very much an entity in their own right and so I’ll be putting together an entirely separate gang. I will however be using the new rules to add some more models to my Cawdor crusade – although none of those are quite done yet. Expect to see them soon though.

Anyway, to set the ball rolling and get myself familiar with the kit and the way it works I decided to build something pretty much straight out of the box. I find this is a good way to get used to the models you’re working with and discover any idiosyncrasies that might make your life tough when you move on to more involved converting or kitbashing later. Generally I pick a favourite model and build it as per the instructions, then apply what I’ve learned – as far as possible – when I start carving up their colleagues. In this case I built myself a nice, normal Redemptionist Brethren armed with a flamer. 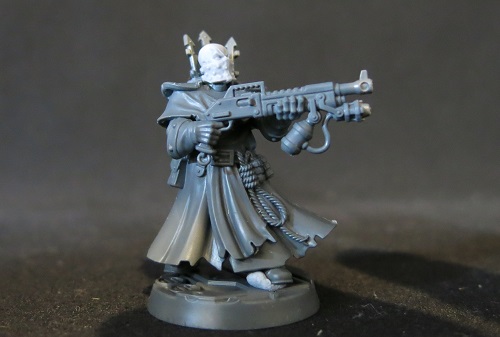 The one change I made here was to swap out his head for one from the Forge World Cawdor upgrade pack and straight away I encountered something that left me irritated. Cawdor heads do not fit easily onto Redemptionist bodies (or vice versa). Considerable trimming and tweaking was required to get the two to combine, not to mention a fair bit of muttering and swearing under my breath as well. I’m increasingly convinced that the Redemptionists were first intended as a separate release but somewhere along the road they were rolled into the Cawdor faction in place of the Cawdor specialist juves and champions which the other houses received. In fact I’m pretty sure I remember seeing an interview with one of the Necromunda designers which was released in the early days of the new edition in which he said that many people expected to see Cawdor and the Redemptionists combined into one faction but he intended to separate them further (that I said I may be misremembering or putting words into his mouth that he didn’t actually say and I’m damned if I’m looking back through the Warhammer TV archives to check). Either way the longer I look at these models the less similarities between them I see – where are the candles, bones and cobbled together weapons amongst the Redemptionists?

Anyway, be warned – if you’re planning to mix and match parts from the Redemptionists and the Cawdor gangers it’s far from a straightforward process. Not that I let it put me off – you know how I like a challenge. Still I wasn’t quite ready to go completely mad with the kit yet so for my next target I made another Brethren, trying for something stripped down and cutting away some of the flourishes and religious trappings. For the head I nabbed one from the Sisters of Battle Repentia squad (a kit I think might well be worth raiding again for future Cawdor conversions).

It wouldn’t be the Redemptionists if there wasn’t some mad bastard running around with a chainsaw as big as himself so that was my next move.

By this stage I was feeling a bit more adventurous so I decided that I would put together a Redemptionist Deacon with a Cult Icon – all the better to inspire his brothers to greater acts of unpleasantness and pyromania. 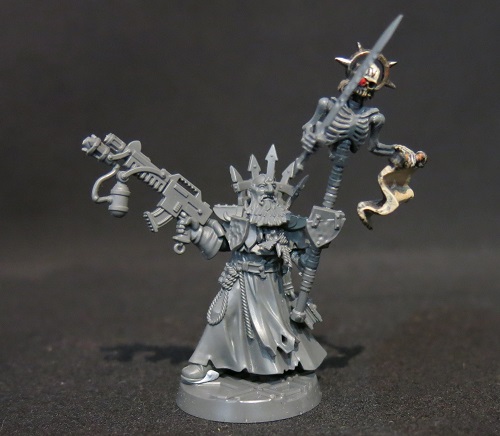 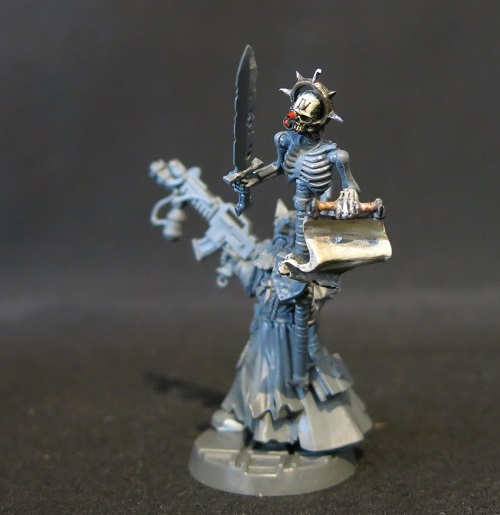 Lastly the House of Faith book contains rules for adding cherub-servitors to a gang so I had a quick dig around in the bits and put together these two little scamps.

At some point I’d like to put together a Cawdor brother to act as Keeper of the Cherubs but at the moment that one’s still a way off completion. I do however have a few more models that are almost done – including the mad cardinal who’ll be leading my Redemptionist gang – so expect to see more of these at some point in the next week or so.

Like Loading...
This entry was posted on Tuesday, July 20th, 2021 at 6:54 am and tagged with Cawdor, Necromunda, Redemptionists, WIP and posted in Necromunda. You can follow any responses to this entry through the RSS 2.0 feed.
« Amid The Ruins – Part 7
Road To Redemption – Part 2 »