I spent some of the weekend working on something a world away from the blood-thirsty savagery of the Daughters of Khaine, but still distinctly violent and elvish – my Elven Union Blood Bowl team. Readers may remember that back in December I dipped my toe into starting an elf team (after claiming I’d paint a human team to follow up my Orcs – something I’ve still done naff all about). I’d come up with the idea of putting heads from the Warhammer 40k Harlequins onto the bodies of Blood Bowl elves some time ago, and even built a few of them, but it wasn’t until December that I found a colour scheme I really liked. Here’s a reminder of how the two test models look.

I’ve been keen to get back to the rest of the team ever since so, when I started looking out models for Fembruary, I took the opportunity to dig through the elves I’d built and check if any of them were female (there’s probably a joke in there about it being hard to tell with elves…). Turns out three of them were so I started chipping away at them through January, whenever I felt like a change from working on the Tzeentchian cult that was preoccupying my mind at that time, and once Fembruary rolled around I knuckled down properly and got them all finished. Looking at them now I realise they actually show something of an evolution of the team concept (if that doesn’t sound too pretentious!). This one is built straight out of the box, with no converting whatsoever. 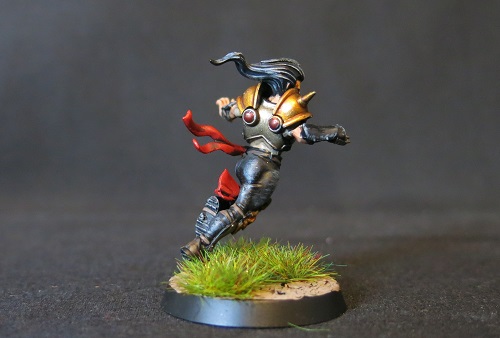 This one is a straightforward head-swap, much like the two boys I showed previously. 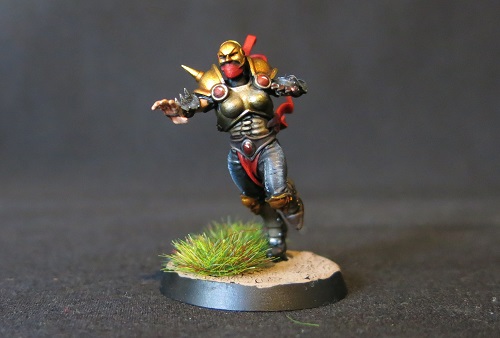 And this one is where things got a bit strange and scary, a reminder that elves don’t just waft around being poetic and melancholic, they also curdle milk and steal children. Getting that mask to fit was a right nightmare too I can tell you! 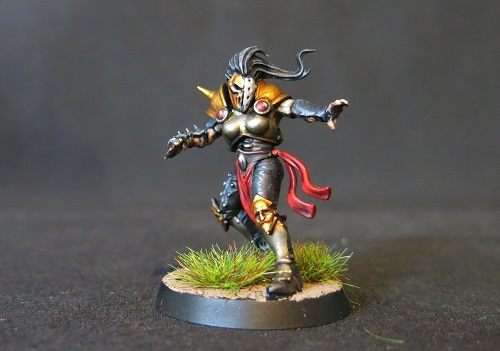 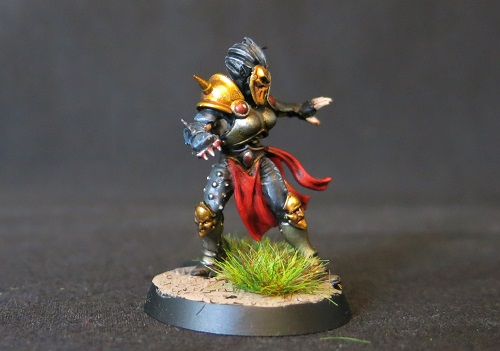 Anyway, with these ladies ready to take to the pitch the team is already almost half done.

Usually this is the point in a project where I’d starting thinking about focussing and trying to get the whole set completed, but at the moment there’s only a couple more that are built (and they’re both boys so won’t be getting touched this month). I’ll keep chipping away at them though, and we’ll see how it goes. For now though, it’s time to dig around in the pile of neglected models and see what I feel like tackling next.

Like Loading...
This entry was posted on Monday, February 8th, 2021 at 6:48 am and tagged with Blood Bowl, Elven Union, Elves, Harlequin, Warhammer and posted in Blood Bowl, Elves. You can follow any responses to this entry through the RSS 2.0 feed.
« God Of Murder – Part 2
Poxy Lady »