Chaos Knight – If You Want To Get A Head

I promise, I’m still working on the knight – I’ve not forgotten about it and wandered off to some other project the way you all thought I would! Honestly I don’t have masses to show but enough to warrant a status update nonetheless.

First of all I’ve started on the knight’s head. It’s still a little WIP, I’d like to do a bit more with it before I call it finished, but its moved on at least from the undercoated plastic you saw last time we looked at it (over a year ago…). It’s also hideously tricky to photograph but I’ve done my best for you. 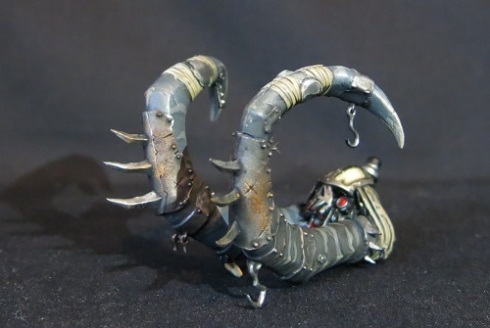 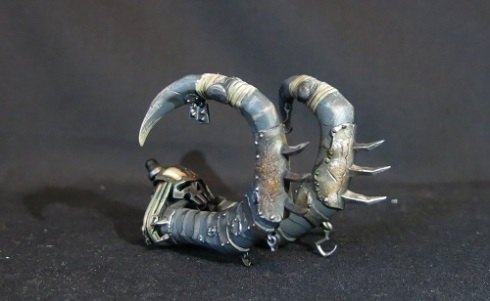 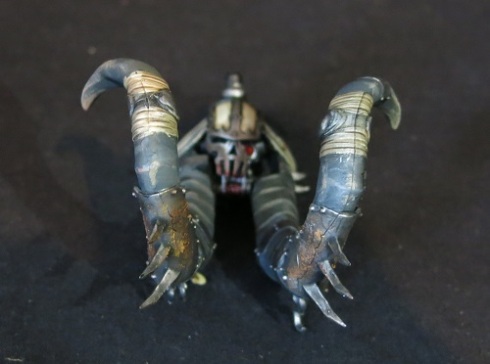 I’ve also been working on the second shoulderpad, the one I didn’t trash through ill-luck and worse judgement and end up having to repair (a story I’ve told enough times by now that regular readers will be sick of hearing about it, look back here for the whole sorry tale if you missed it). This second shoulderpad will be much plainer than the first, without all the growths and mutations that were needed to cover up the damage, so I decided to try my hand at some freehand. I’m certainly no artist but I reckon the results work well enough here. Again a few touch-ups are needed before it’s done but its well on its way. 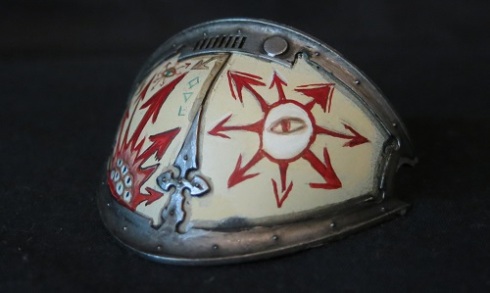 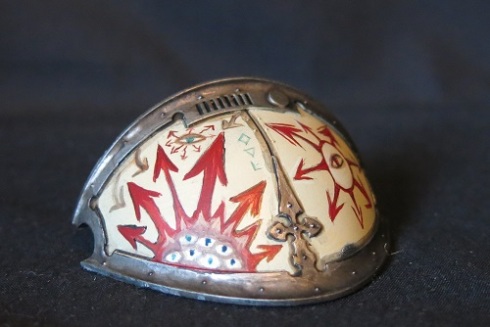 Next up I’ll be turning my attention to the mutated arm and then it’ll just be a case of finishing touches and putting it all together (he says as though it was all that simple…).

Like Loading...
This entry was posted on Tuesday, August 11th, 2020 at 7:45 am and tagged with Chaos, Chaos Knight, Warhammer 40k and posted in Chaos Knight. You can follow any responses to this entry through the RSS 2.0 feed.
« Amid The Ruins – Part 5
Ghouls Just Wanna Have Fun – Part 2 »