What would the Untamed Beasts be without a beast (allegedly entirely undomesticated) prowling at their heels? Having distracted myself long enough with the Iron Golems it’s time to focus on getting the Beasts wrapped up, starting with the Rocktusk Prowler (or Goat Lion Thing as its often known). 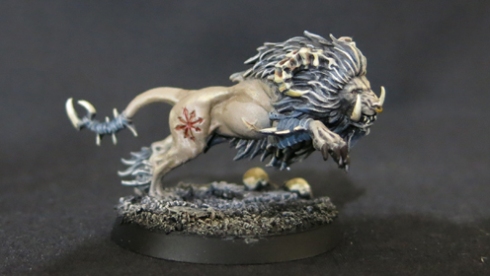 Of course, even a beast wants someone to talk to. Enter the Beastspeaker, wearing a rather fetching Rocktusk Prowler skull helm. Honestly I found her quite tricky to paint and I’m not entirely happy with how she turned out, but she’s done and on the whole I’m satisfied with that. 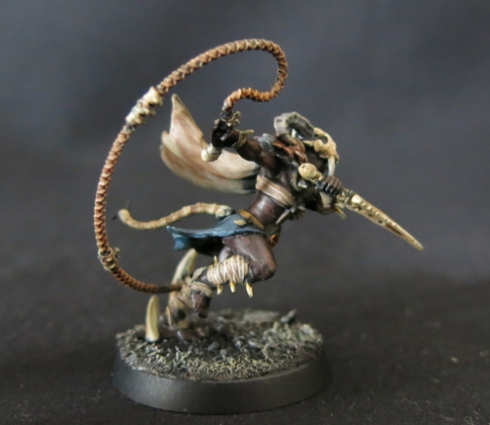 Alas, what with things being busy in so-called “real life” at the moment, I’ve not managed to get quite as much painted for Fembruary as I might have hoped. That said I’ve between this lady and the Iron Legionary I showed previously (an Iron Maiden perhaps?) I’ve managed a least a couple of female miniatures, and without diverting my focus from Warcry. 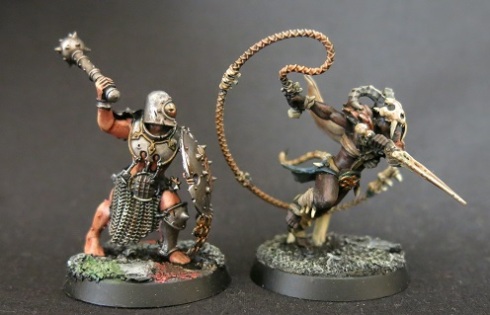 With these two done the Beasts are now almost complete, there’s just the savage Heart-eater left to paint so I’ll get him done ASAP then crack on with more terrain and the rest of the Iron Golems.

Like Loading...
This entry was posted on Thursday, February 27th, 2020 at 6:31 am and tagged with Age of Sigmar, AoS, Chaos, Lion, Untamed Beasts, Warcry, Warhammer and posted in Warcry. You can follow any responses to this entry through the RSS 2.0 feed.
« Iron Golem – Part 2
The Oathbones – Part 3 »