If we are going to tackle the savage lands of the Bloodwind Spoil I’ll need to get some terrain painted up. The Warcry box contains a number of ruined buildings with which to represent the following cities which litter Eightpoints and so, building on what I learnt from my previous attempt, I decided to cut my teeth on the smallest and easiest of them. 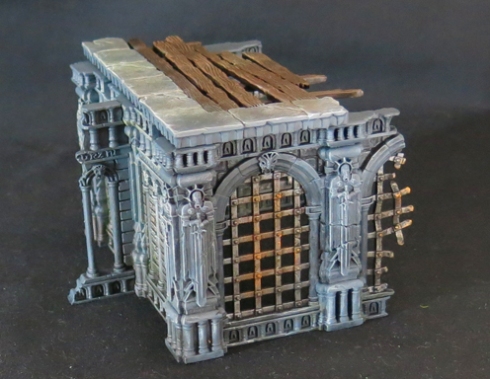 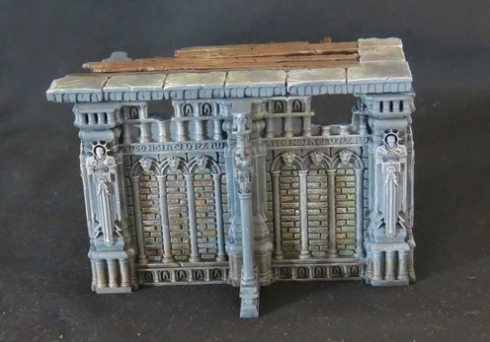 It’s worth noting that the ruins in the box can be assembled in a myriad of ways and if you wished you could mix them into all kinds of buildings (provided they are just ruined shells of course!). The instructions that come in the box aren’t all that helpful, providing detailed directions for some and leaving others entirely up to your imagination. This wouldn’t be an issue but the game also includes a set of cards which suggest terrain layout and if you want to make use of these you’re going to need to build ruins roughly compatible with those described on the cards. Now it should be stressed that you don’t have to do this and I certainly won’t be sticking to these religiously but I would like to at least have something roughly compatible with the cards, so we can use them if we want to. With the official instructions leaving something to be desired I turned to a couple of tutorials which I found to be invaluable, one from Cascadian Grimdark and the other from Waywalker Studios. Together these were a huge help in getting my buildings assembled and if you’re planning on tackling something at similar I highly recommend giving these a careful read over first.

Armed with this knowledge I tackled one of my favourite pieces from the set, a ruined statue of Sigmar. 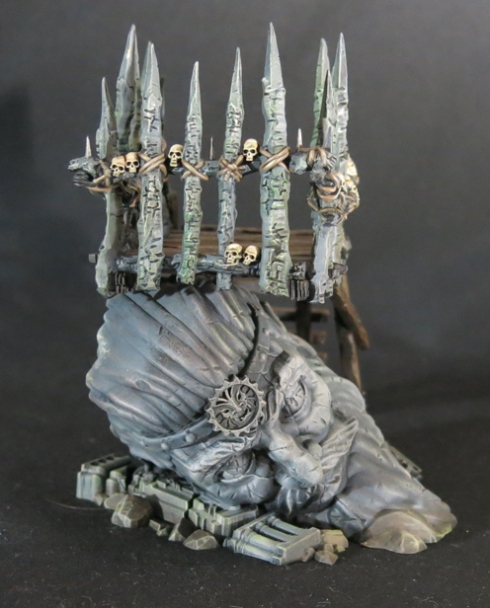 I am Sigmar, the God King, look upon my works ye mighty and despair!

Rather than glue all the parts together I recommend leaving it as several pieces. That way the ruined head can be used as a stand-alone piece (as suggested by some of the cards)… 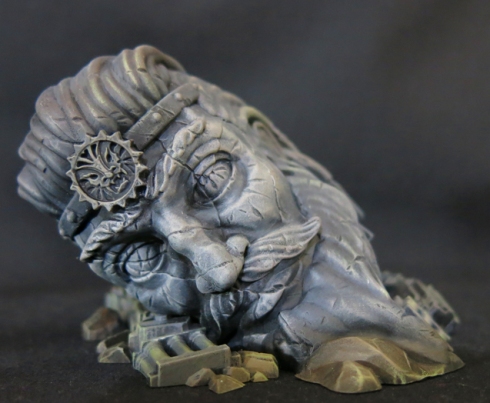 … whilst the ladder can be put to use elsewhere anywhere to allow alternative routes onto the upper stories. Similarly the barrier from the end of the platform can be removed, again providing another route into the upper levels.

Speaking of which I also painted this ramshackle bridge for those occasions when even a chaos worshipper doesn’t dare a death-defying leap.

Because the game is set in a realm entirely warped by Chaos I want to play that up by creating some terrain pieces that really emphasise the way in which the world has been warped and twisted by the fell powers emanating from the beyond. I have a few ideas I’d like to tackle but to get things started I decided to go back to my old “chaos tree” I made back in 2014 (and the subject of one of my favourite under-appreciated puns in the post title!).  I’ve always liked the idea of a warped forest in the Realms of Chaos, every tree pulling itself along by its roots, eyes rolling in knots and hollows, branches straining forward in search of prey. I think it’s held up fairly well all things considered but I did want to touch up some parts of it so it returned to the painting desk for a quick lick of fresh paint. 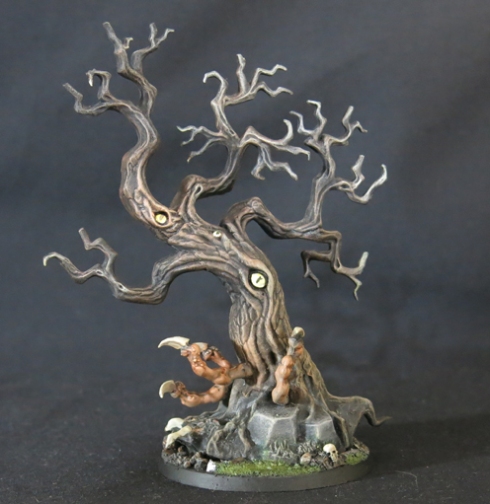 Finally I painted up another of the spiky barricades which are another of my favourite elements of the set, even if they do add an element of drama (and a few pricked thumbs!) to the assembly process. 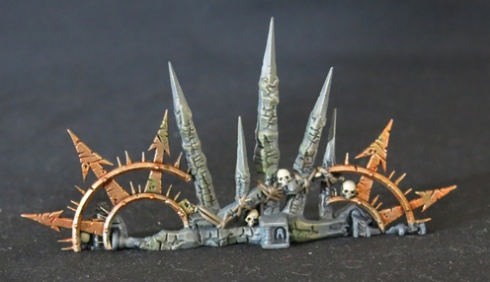 All together I think I’m off to a good start with these, I’ll aim to complete one of the larger ruins soon.

Like Loading...
This entry was posted on Monday, February 3rd, 2020 at 7:35 am and tagged with Age of Sigmar, AoS, Chaos, Terrain, Warcry and posted in Terrain: AoS. You can follow any responses to this entry through the RSS 2.0 feed.
« Untamed Beasts – Part 2
Fembruary 2020 »