Some readers may recall that amongst my various hobby plans I’m trying to reclaim my favourite models from my old chaos space marine army and recreate them using the new kits released this year.  Thus those of you familiar with the deepest recesses of this blog’s archives (you poor souls!) may recognise this chap from his previous incarnation. 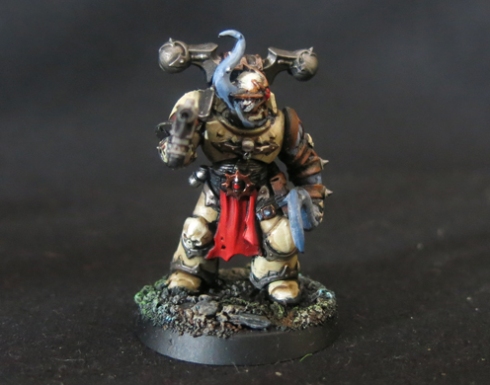 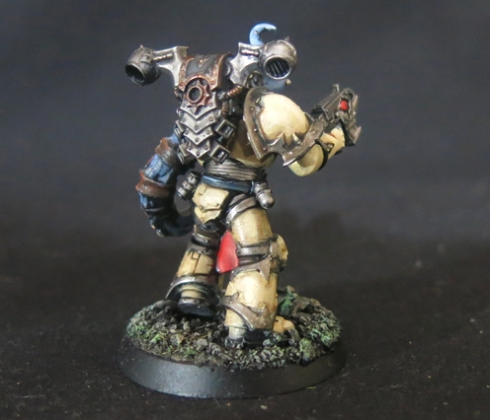 For those who need a reminder however here’s version 1.0 – now broken up to provide the bits needed to complete his rebirth. 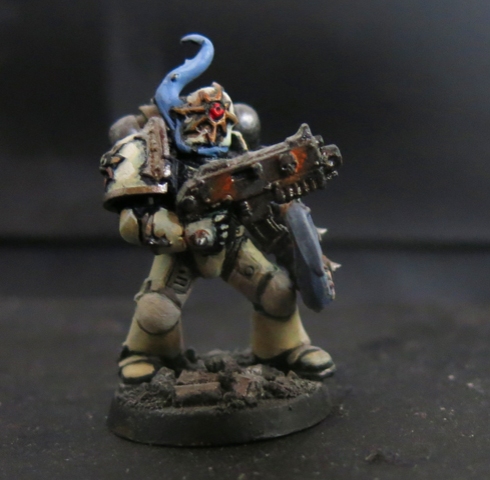 Whilst I was working on him I convinced myself (against all logic) that it would be just as easy to paint two models as one – it’s all the same colour scheme right? With a second model already assembled and sitting close at hand it was easy enough to hitch him up to the enthusiasm I’d already built up and power through him as well. 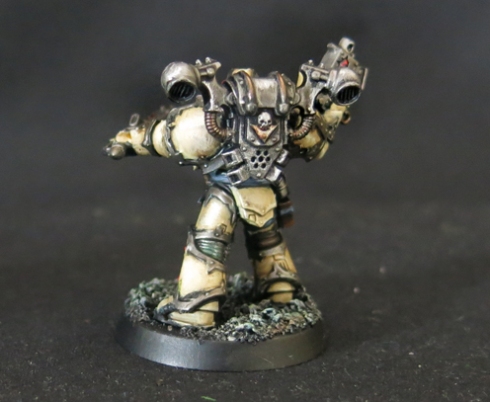 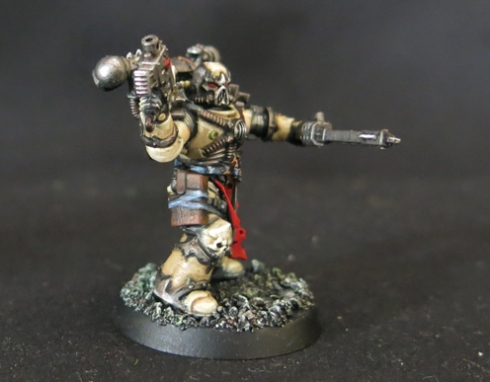 All this is very good and worthy of me and I was feeling suitably pleased with myself when, halfway through painting them, Azazel announced his latest monthly challenge “Squaddie September“. The goal of the challenge is to paint squads of models (this being a fairly rough number – with a suggested minimum of three models – check out Azazel’s original post for a full explanation, especially if you’re thinking of joining in yourself). Although I’m not a gamer by any means I am aware that a squad of chaos space marines need between 5 and 20 miniatures – one of whom has to be an aspiring champion. Why not use this opportunity, I found myself thinking, to paint up a champion as well? Somehow the will of the dark gods carried the day and rather than seeing all three stall as a result I built up a feedback loop of enthusiasm that saw them all over the finish line. 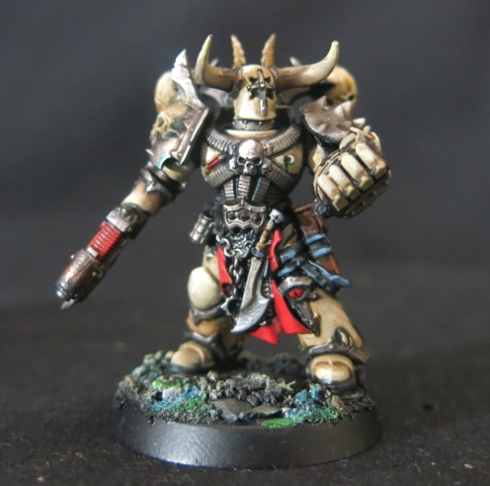 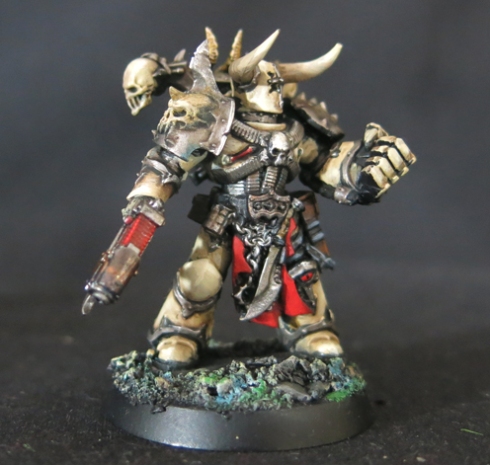 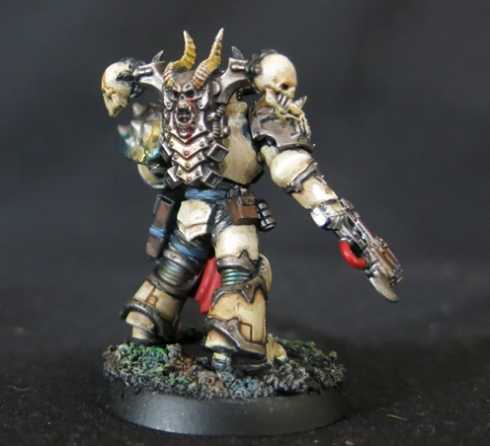 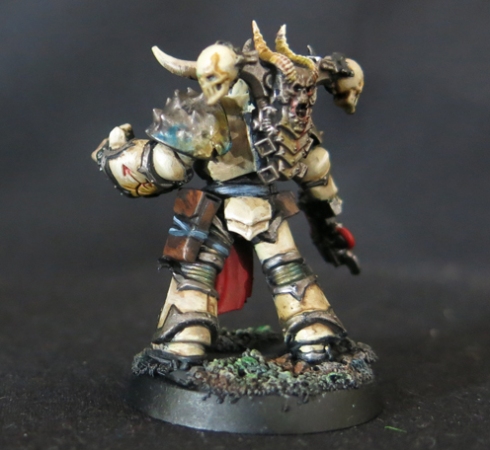 With these three done I’ll allow myself a small pat on the back (the dark gods being generally in favour of hubris amongst their champions after all). However once again thanks are owed to Azazel for running his challenges, I’m not sure when I would have got around to tackling all three of these otherwise so I really can’t recommend them enough as a way of getting things done.

What’s more, with three new recruits added the squad is starting to look more like a millennia old warband of hardened killers – how could I say no when they demanded a group shot?

For now I think that’s scratched the itch for power-armoured chaos but the eye of the warp never closes so I’ll undoubtedly be drawn back to the worship of the thirsting gods soon enough.

Like Loading...
This entry was posted on Thursday, September 12th, 2019 at 5:37 am and tagged with Chaos, Chaos Space Marines, Warhammer 40k and posted in Chaos Space Marines. You can follow any responses to this entry through the RSS 2.0 feed.
« Gnasher-Screamer
Tech-Hunters – Part 1 »