A few weeks ago I posted some pictures of my first new chaos space marine and noted that, as well as creating lots of new models from this versatile kit, I also wanted to try to recreate some of my favourites that I’d built with the old kit – but in a manner rather closer to the way I’d always imagined them. Well I’m pleased to say that the first of these experiments has now borne fruit.

I’m not entirely sure now when I painted this chap but I first featured him here way back in the heady days of 2014 when this blog was taking its first tentative steps into the world. Let’s take a look at him. 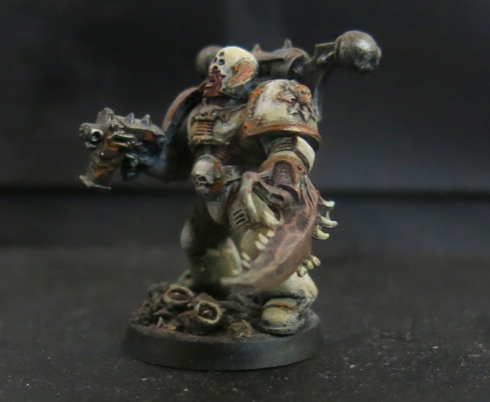 I’m not ashamed to admit, my ability as a painter wasn’t anything to write home about back then. With both my skills and those of GW’s sculptors having come on somewhat it was past time to give this poor warrior a new lease of life, so I plucked him from the box-of-shame in which he was now residing and set about recreating him in a form closer to the way I’d always imagined him.

And here we have him next to the first of his brothers in depravity. 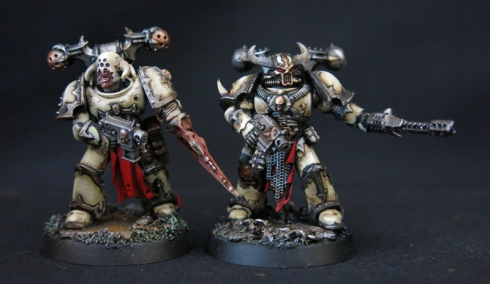 Overall I’m pleased with how the evil old so-and-so has turned out, the new Chaos Marines kit is really proving itself to be extremely versatile, so expect to see more in this vein in the coming months.

Like Loading...
This entry was posted on Monday, April 22nd, 2019 at 7:54 am and tagged with Chaos, Chaos Space Marines, Warhammer, Warhammer 40k and posted in Chaos Space Marines. You can follow any responses to this entry through the RSS 2.0 feed.
« Muties – Part 1
Green Iz Best – Part 6 »