Since I started working on my Khornate warband for Age of Sigmar one of the units I’ve been most keen to include has been a Wrathmonger. Released back at the tail end of old-Warhammer as part of the chaos horde that finally put paid to the Old World the Wrathmongers set proved to be one of those kits which the various chaos ranges sometimes throw up, and which are in my opinion both a blessing and a curse for fans. A blessing because in the sheer range of parts lie the seeds of a thousand conversions, a curse because the models built out of the box tend to be lumpen and weird-looking, and not in the way that a chaos enthusiast might hope. For my money the Chaos Spawn and Forsaken are other classic examples of this and although the Wrathmongers are somewhat better than these they still fall a long way short of the Blightkings, who were released shortly before and proved to be life changing for Nurgle fans, and the Blood Warriors who came later as AoS burst upon our shores, and did everything and more which the Wrathmongers had promised, yet failed to deliver.

When they were first released I decided to snap-up a box, something of a guilty impulse purchase as I don’t believe I ever had the slightest intention of painting them, although plenty of bits have since found their way into various conversions – and undoubtedly will continue to do so. Thus this warband seemed like a perfect opportunity to go back to the Wrathmongers try to create something closer to my vision of them, something more akin to the bestial, savages I would have preferred, a creature which – although clearly once a man, has been reshaped by Khorne into a form more pleasing to the Blood God and better able to carry out his murderous will. 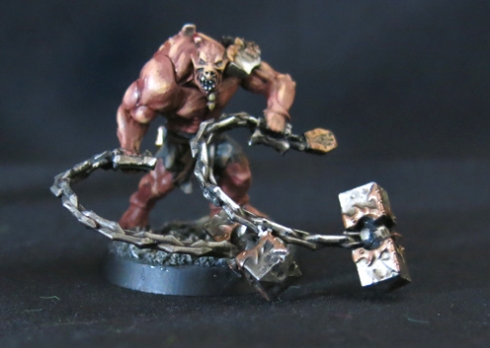 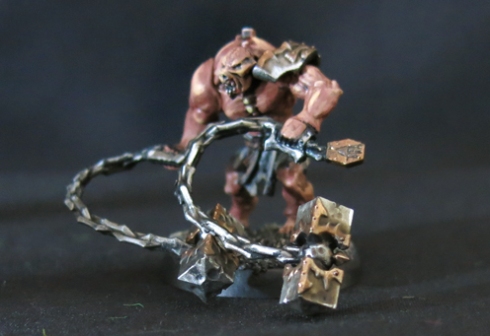 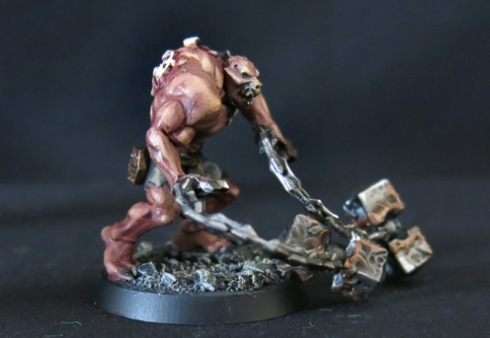 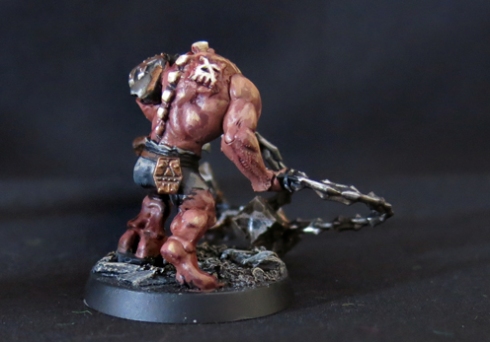 I’ve been feeling really enthused about all things Khorne lately, and I wanted to bulk up the warband a little further, so whilst I was about it I also painted up this Blood Warrior. I also reckon that he qualifies for Azazel’s Armoured April challenge given that, unlike the Wrathmonger who’s happy to go to war in only his shorts, this gentleman has at least taken the time to get properly dressed before battle. 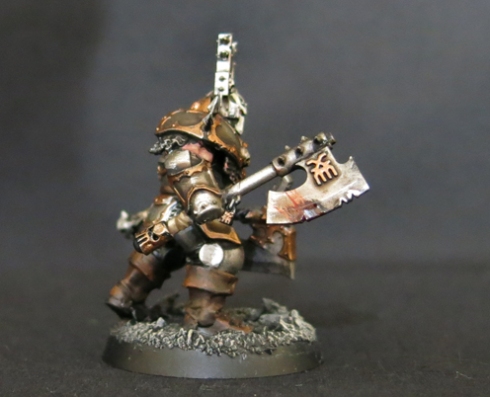 And in honour of the other part of Azazel’s challenge, “Army April”, here are a few gratuitous group shots and atmospheric images of the Blood God’s followers ready to go on the rampage. 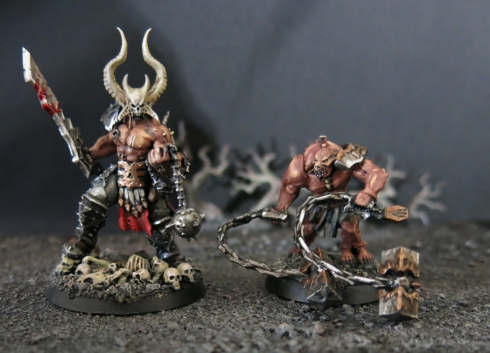 Skulls for the Skull Throne and all that!

Like Loading...
This entry was posted on Monday, April 15th, 2019 at 6:12 am and tagged with Age of Sigmar, AoS, Blades of Khorne, Khorne, Warhammer, Wrathmongers and posted in Blades of Khorne. You can follow any responses to this entry through the RSS 2.0 feed.
« An Age of Chaos
HeroQuest »