Time to cleave a few more skulls and run rampant in the Blood Gods name! This weekend sees the release of a new army book for the Blades of Khorne in Age of Sigmar and all the ensuing chatter from GW’s PR department has woken me from my fuge and reminded me that I’ve got a Khornate skirmish warband on the go, and as yet it contains only one model. Time to drum up a few bloodthirsty recruits.

For those new to the project, it’s the brainchild of fellow blogger Alex from Leadballoony, who’s been working on a Daughters of Khaine warband which I highly recommend you take a look at. He set’s out the framework for the project here and, rather than reiterate it all, you can find my thoughts on the matter here.

With that out of the way let’s take a proper look at the latest additions to my band of savages, three bloodreavers. I’ve had these models kicking around since the first edition of Age of Sigmar was released. Short of cash, firmly rooted in the Old World and disinterested in Stormcast Eternals as I was then, I let the box pass me by, although I did end up grabbing the Khornate side on ebay on the grounds that you can always use a few more bloodthirsty maniacs around the house. Alas other projects distracted me and, with no real purpose or plan for them, the angry barbarians were left to gather dust until the January 2019 issue of White Dwarf brought us the rules for AoS Skirmish and a seed of inspiration began to take root in my brain. Digging around in the bottom of a box I extracted the bloodreavers and set to work cutting and clipping them into shape. 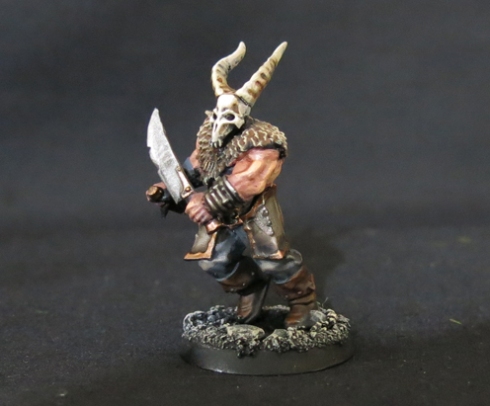 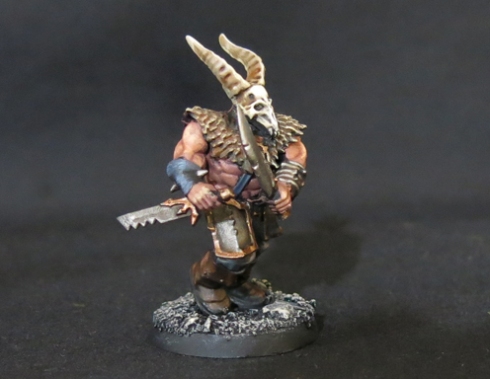 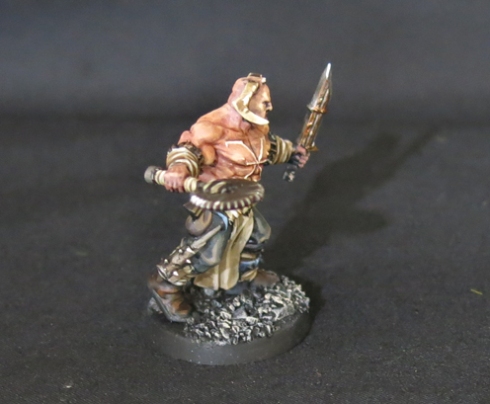 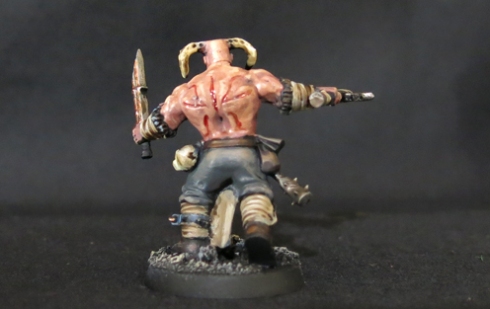 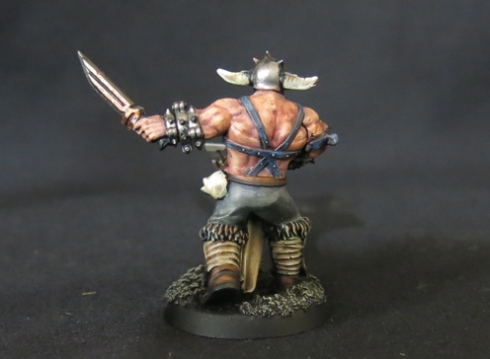 Gathered around their leader, this crew of bloodthirsty maniacs take their first steps to becoming a proper warband.

As ever I’m aiming to add something else to the group soon but I’m being fairly relaxed about it so we’ll see what takes my fancy.

Like Loading...
This entry was posted on Monday, March 25th, 2019 at 7:32 am and tagged with Age of Sigmar, AoS, Bloodreaver, Chaos, Khorne, Skirmish, Warhammer and posted in Blades of Khorne. You can follow any responses to this entry through the RSS 2.0 feed.
« The Ladykillers – Part 10
Cursed In Eternity – Part 1 »