I take it you’re all familiar with Azazel’s monthly challenges by now? I mean really, if not – where have you been? For those who are completely new to the idea, blogger extraordinaire and prolific hobbyist Azazel has been encouraging his readers to take part in a series of monthly challenges throughout 2018. The nice thing about these is they are generally aimed at encouraging us to complete existing projects rather than simply being an excuse to start new ones.

Last time Azazel ran a community challenge to complete a unit of models, the aptly named Junit, I took it as an opportunity to complete my first five space marines based on the Primaris models. Since then I’ve added a couple more so this month’s challenge -again calling for a unit to be completed – seems like a fine opportunity to round out the full squad of ten.

I made this one as a test model back when I was first exploring this project but somehow I ended up never painting him, so getting him finished was my first priority. 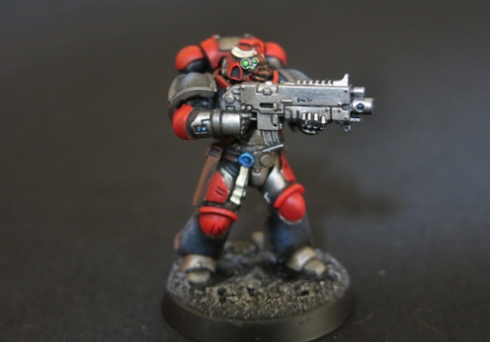 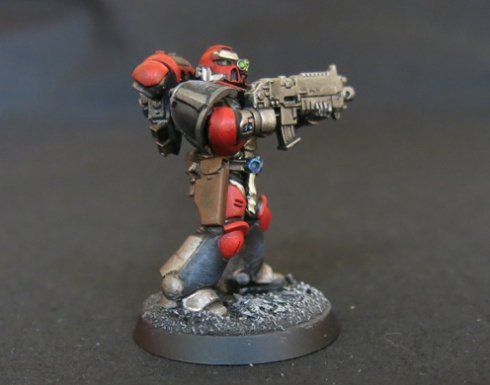 Alongside him we have his battle brother, ready to send any heretics that turn up packing with a quick blast from a flamer. 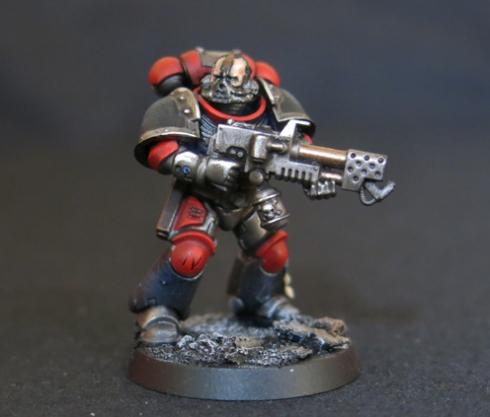 That just leaves me with the squad’s Sergeant to paint and the acting Sergeant to be demoted to the ranks, which I should be able to manage before the end of the month.

Like Loading...
This entry was posted on Monday, October 22nd, 2018 at 5:33 am and tagged with 40k, Primaris, Space marine, Truescale, Wargaming, Warhammer and posted in Space Marines. You can follow any responses to this entry through the RSS 2.0 feed.
« Stomp ‘Em Flat
Squabblin’ Goblins – Part 7 »