Time once more to look at the progress of my Skaven army this month. To recap once again for anyone new to this blog, I set myself the challenge of adding, at minimum, one completed model to my Skaven army every month in 2017. So successful was this at transforming the grey unpainted mass into finished models that I decided to repeat it in 2018. This month’s output however also counts towards Azazel’s September challenge – to complete a long neglected model – as it’s been crawling across my painting desk since way back in May of last year when this plague priest first put in an appearance. 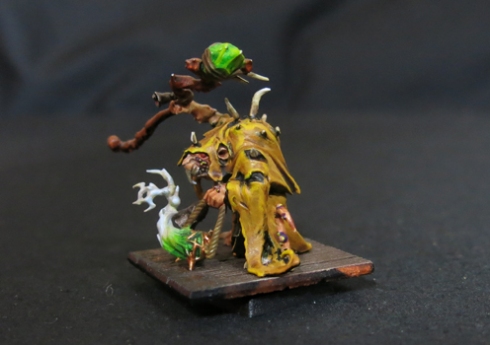 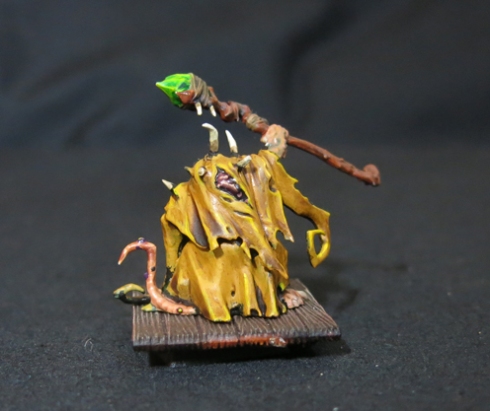 Close observers may have noticed that I based him on the little platform that he uses when riding on the plague furnace. An old-fashioned square Warhammer base is hidden underneath allowing him to be fielded separately from his vehicle.

It really is past time however for that vehicle to be finished. Last month I painted up the monks which pull the brazier so all I had to do this month was concentrate on the rest of the ramshackle structure. For a while there I worried I might not make it, having spent a lot of the earlier part of the month batch painting greenskins. However a last-minute flurry of activity, accompanied by shoving gobbos onto the back burner (something any Skaven would approve of!) saw it completed. 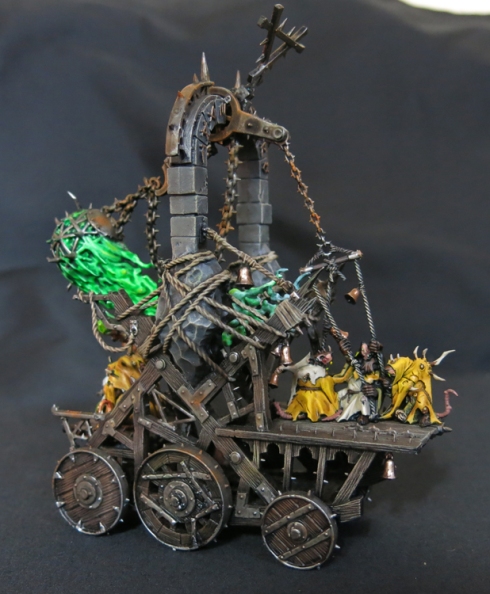 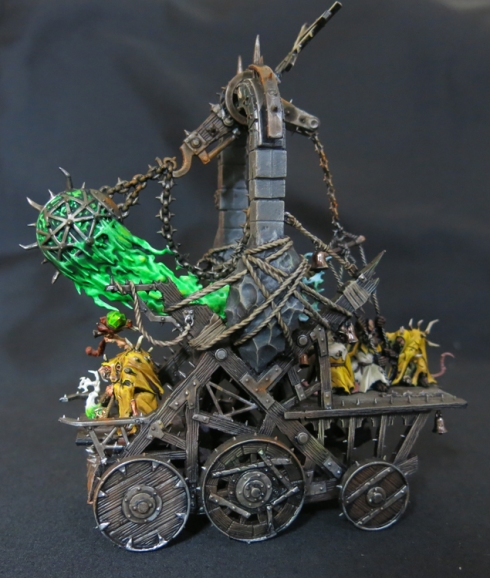 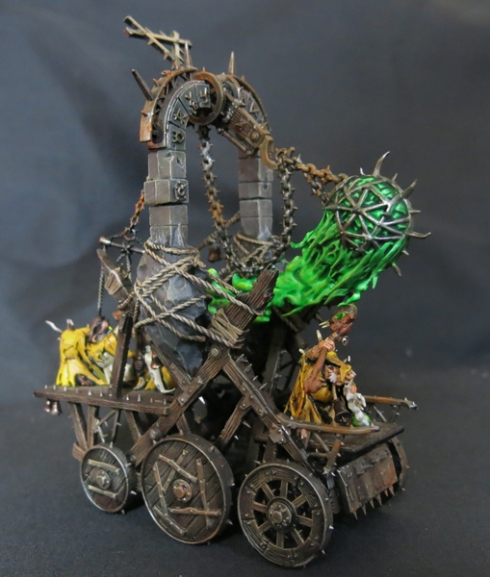 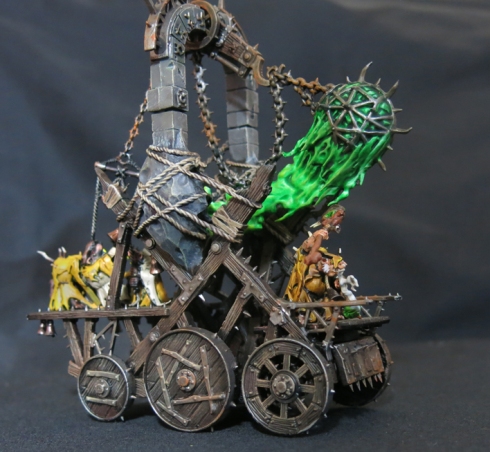 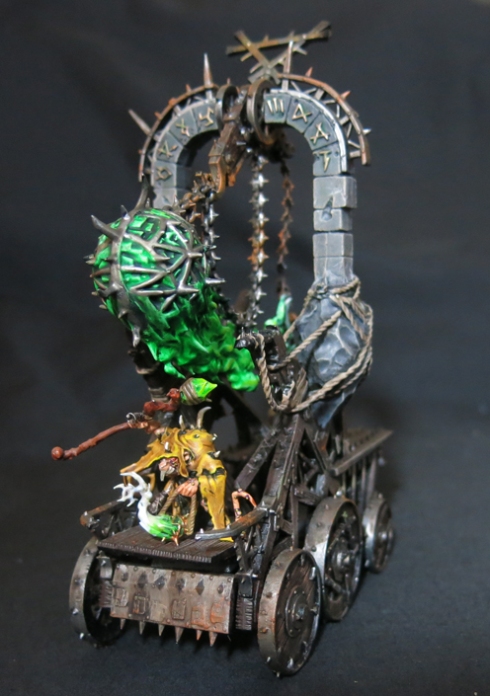 The green smoke was surprisingly easy, being built up from a combination of Hexwraith Flame and Nihilakh Oxide over a white undercoat.

And now you see why I had to paint those horrible plague monks just to push him into battle! 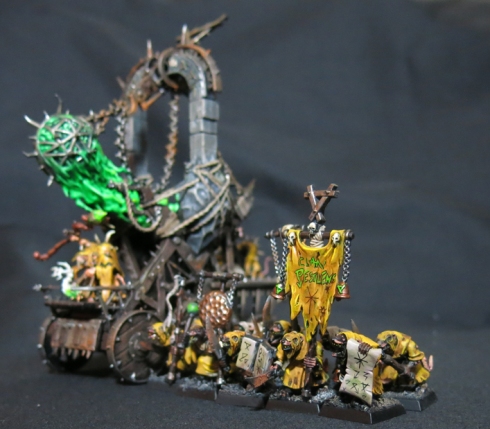 The main thing is, now he can twitch his tail with pride even next to that show-off Grey Seer and his swanky bell.

Right, now to see if I can’t get a few more gobbos done before the end of the month. I’m running an underground arms-race here after all!

Like Loading...
This entry was posted on Saturday, September 29th, 2018 at 9:26 am and tagged with Age of Sigmar, Miniatures, Plague Monks, Skaven, Wargaming, Warhammer and posted in Skaven. You can follow any responses to this entry through the RSS 2.0 feed.
« To Boldly Go…
Squabblin’ Goblins – Part 6 »