My space marines haven’t been entirely abandoned since their first appearance back in June. Admittedly they haven’t been my first priority recently either but now a couple more battle brothers have managed to sneak across the painting desk to completion. 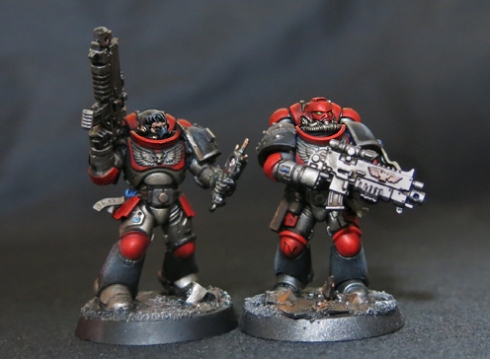 This one was almost finished alongside the others in June but didn’t make it whilst I swithered to a complete stall over the, fairly minor in the grand scheme of things, question of what colour to paint his hair. In the end however is unfinished state annoyed me enough to make me get on with it and so he’s able to join his brothers at last. 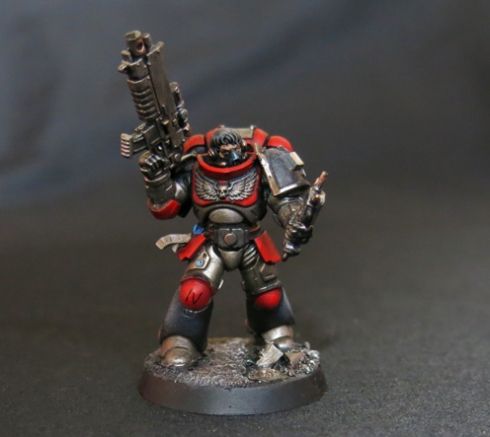 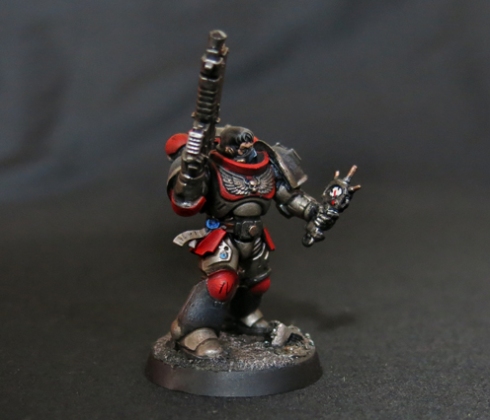 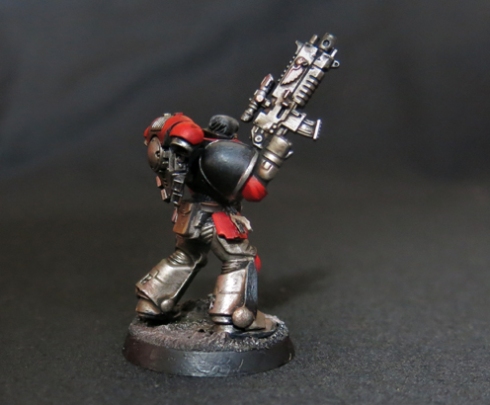 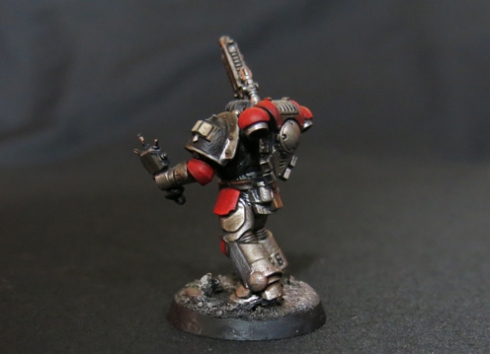 His squad mate on the other hand I kitbashed just a few days ago and was sufficiently pleased with that I got him painted up in no time flat. 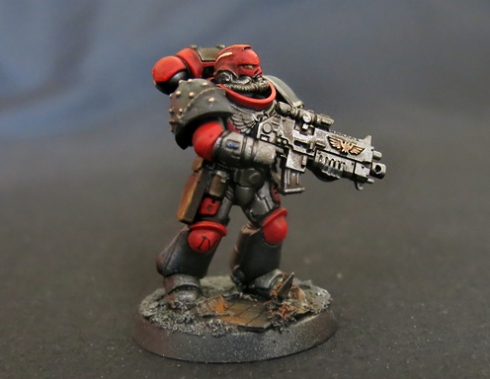 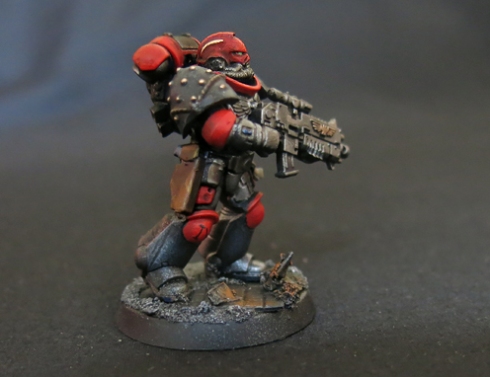 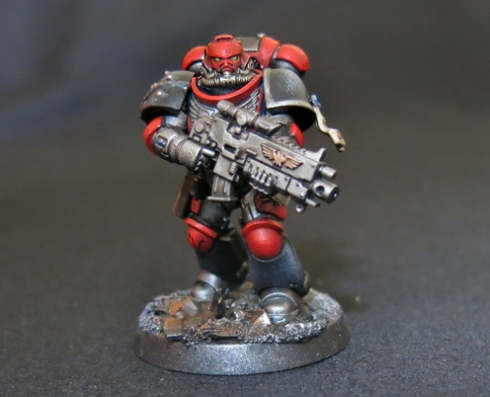 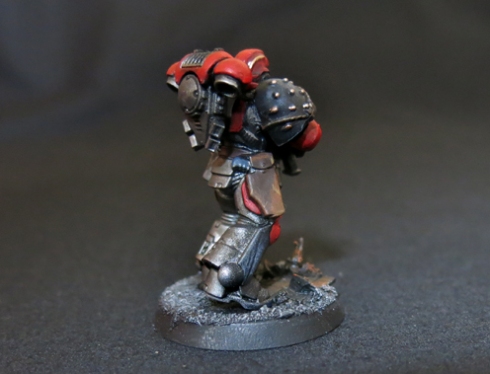 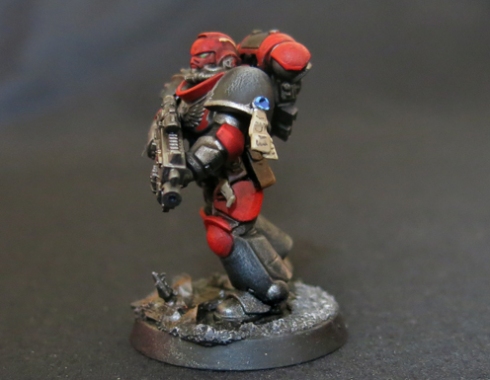 It’ll take more than these two to hold vack the enemies of the Imperium however so I’ve also been busy kitbashing some more champions and heroes for the nascent chapter. They’re not quite ready to show off yet but I’ll try to get something done this week.

Like Loading...
This entry was posted on Monday, August 27th, 2018 at 5:48 am and tagged with 40k, Kitbash, Primaris, Space marine, Warhammer and posted in Space Marines. You can follow any responses to this entry through the RSS 2.0 feed.
« The Ladykillers – Part 2
The Emperor’s Angels – Part 11 »