They say that old Catachans never die, they just smell that way, although sensibly they never say it if any old Catachans are within earshot. This is another escapee from Chris’s garage (and for those who need to catch up on the full story you can find it here). I like to think this chap was the veteran of a fair few battles before he made his way into the dusty darkness of the garage. He’s got tough guy action hero written all over him, and regardless of how often he’s probably been shot and blown up he still makes it through to save the day. What’s more he manages it all whilst chatting on his phone – old though he is he still manages to be relevant to the millennials. After such heroics the least he deserves is to be properly painted at last. 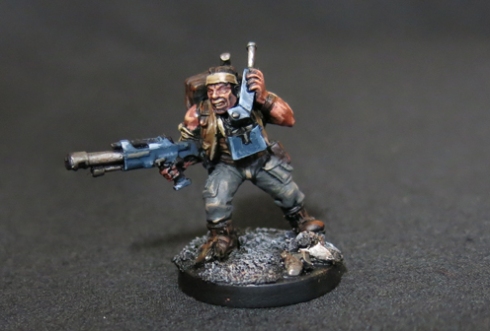 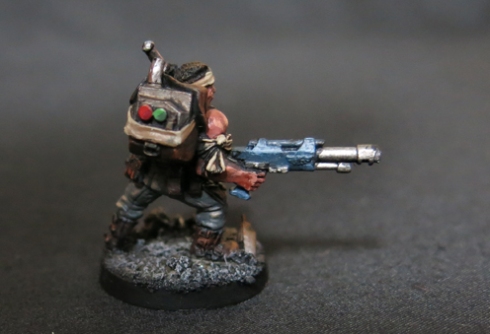 Humanity’s defenders being a diverse bunch I reckon he’ll fit in alongside the rest of my small Imperial Guard collection where his 1980’s action movie musculature will be the envy of my underfed hive-world conscripts.

Sorry babe, gotta go, Sarg is shoutin’ at me again! 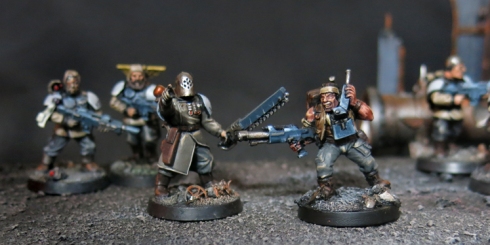