The flail-wielding Helbrute is done, making it the first victory in this month’s campaign to rid the shelf of shame of at least some of its denizens. Inspired by fellow blogger Azazel, who declared May to be Neglected Model Month, I’ve decided to work my way through this little lot, all of whom have been in need of paint for quite some time. To recap, this Helbrute was first built in 2014, painted in Dreadtober 2015 and was due to be repaired in Dreadtober 2017. Now, in May 2018, he’s done at last. 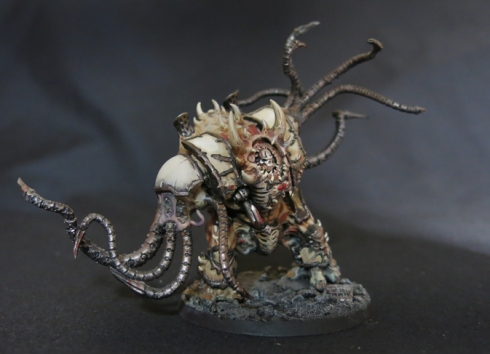 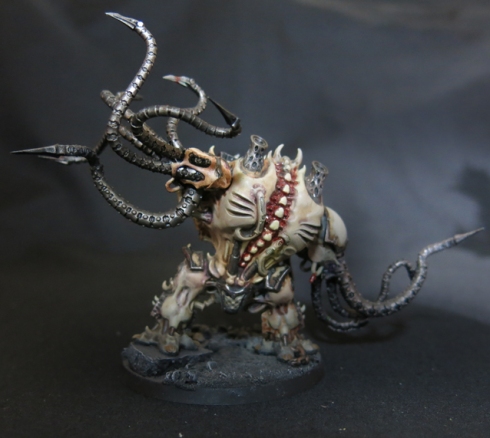 I also made some quick improvements to his face, the wash and highlight he got back in 2015 may have impressed me then but wasn’t doing him any favours now.

Here he is hanging out with his buddies. Seeing them all together makes me wonder once again about building a Tzeentchian dread to complete the set.

Before that though it’s time to turn my attention to the rest of the Neglected Models, probably starting with a flesh hound or two…

Like Loading...
This entry was posted on Monday, May 14th, 2018 at 4:48 am and tagged with 40k, Chaos, Chaos Space Marines, Helbrute, Khorne, Warhammer and posted in Chaos Space Marines. You can follow any responses to this entry through the RSS 2.0 feed.
« Any Spare Change – Part 11
The Unforgotten – Part 3 »