I’ll confess that since building my retro-influenced Tzeentchian cult leader I’ve been itching to do more with my little change-cult. However I’ve also set myself a rather ambitious target with regard to Azazel’s Neglected Model Month challenge and diving off into another sideline, albeit one which is fairly neglected itself, won’t do anything to help that. When all is said and done though I’m only human and as this beastman was already more than half-way painted I didn’t see the harm in finishing the job. 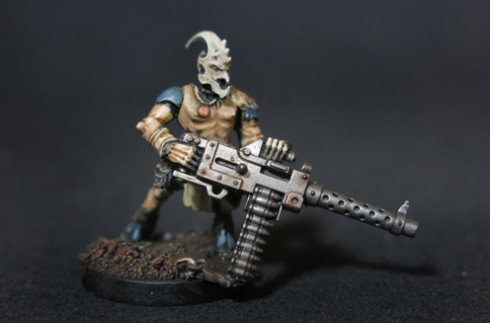 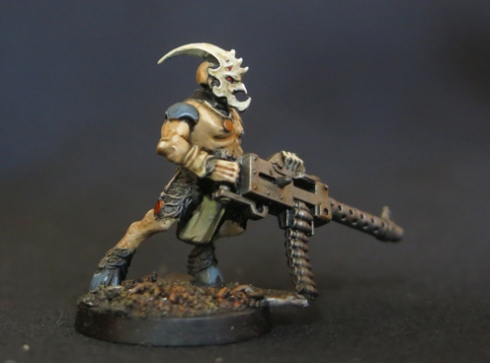 Now then, with the influence of the Changer of Ways out of my system (hopefully) it’s time to crack on with those under-loved miniatures – probably starting  with the Helbrute. Who knows, I may even have something to show you by the end of the week.

Like Loading...
This entry was posted on Tuesday, May 8th, 2018 at 5:02 am and tagged with 40k, Chaos, Inq28, Tzaangors, Tzeentch, Tzeentch Cultist, Wargaming, Warhammer and posted in Inq28, Tzeentch. You can follow any responses to this entry through the RSS 2.0 feed.
« Any Spare Change – Part 10
The Unforgotten – Part 2 »