Another corrupted civilian of the Nestorian Infestation, an ecclesiarchical servitor-cherub twisted by the genestealers into a spiteful little imp.

I’ve always loved the little cyber-cherubs that appear in artwork buzzing over the heads of the Imperial forces and I’m hopeful that the recently announced Sisters of Battle re-release, currently due to emerge in 2019, will emphasise the gothic flourishes of the Adeptus Ministorum in the form of more cherubs and servo-skulls with which to decorate our models, rather than just being nuns in corsets. Who would have thought a decade ago that we’d have adeptus mechanicus, genestealer cultists and truescale space marines but the poor old sisters would still be stuck with kits that came off the ark?

Anyway, I digress. Here’s the nasty little guy in all his twisted glory. 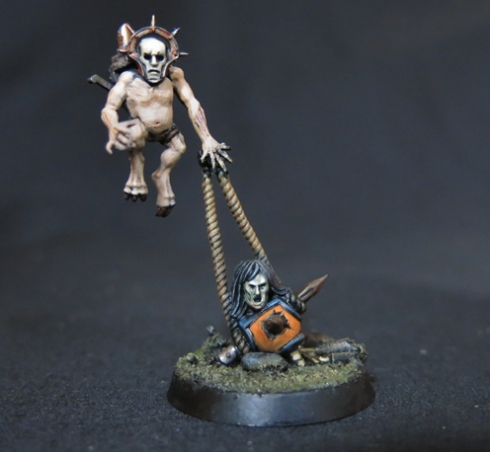 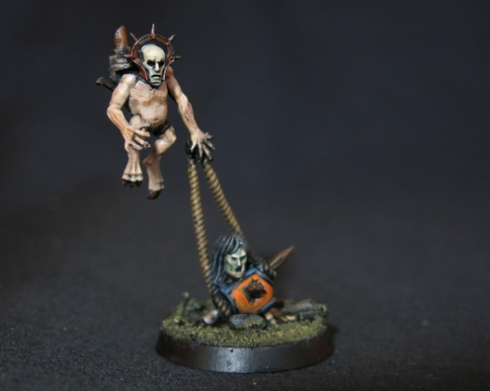 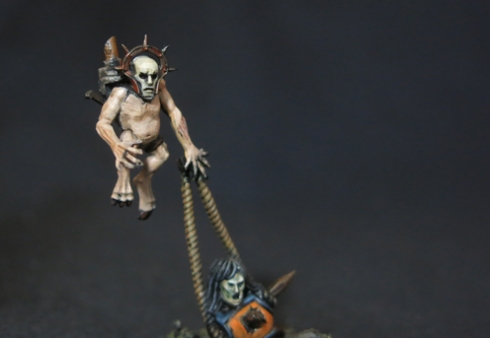 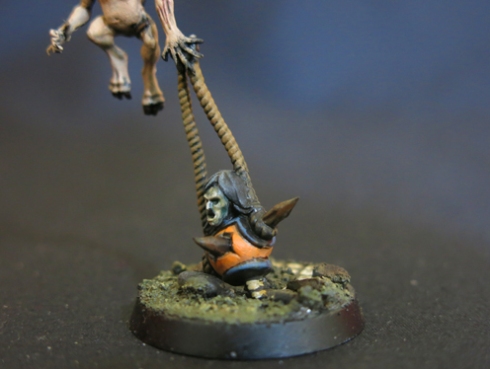 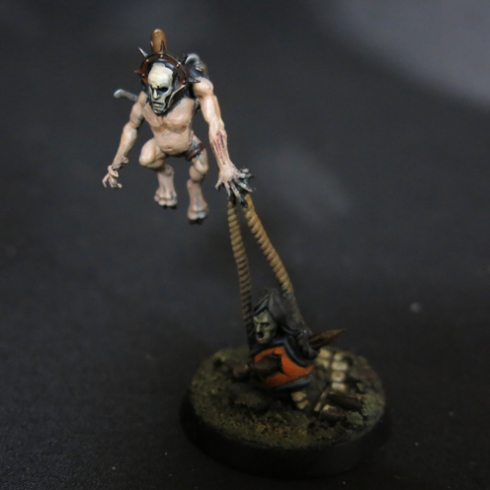 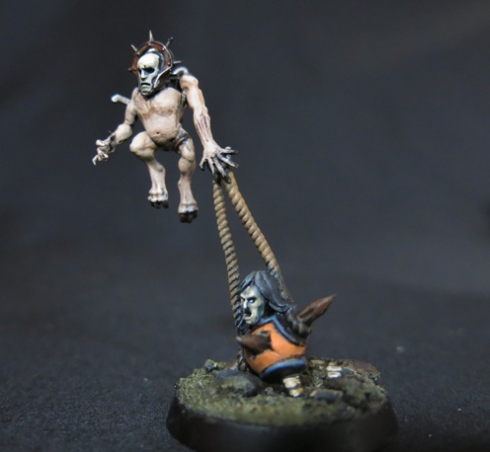 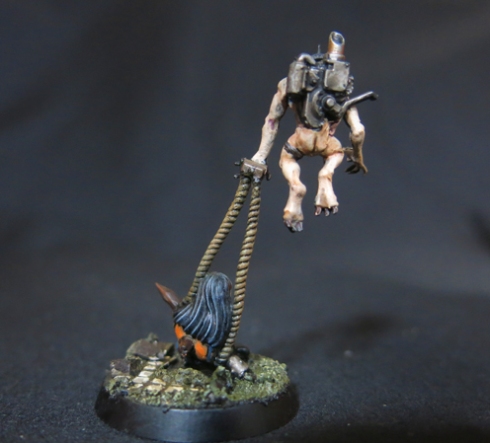 Whilst we’re about it thank you to everyone who gave me feedback on the genestealer mother and baby I showed previously. After some deliberation I’ve stuck with the head I used originally but I have smoothed down and softened her features a little to make her look a little more female, whilst still remaining a filthy xenos. Here’s a quick shot showing her as she is currently, still part painted but well on her way towards completion. 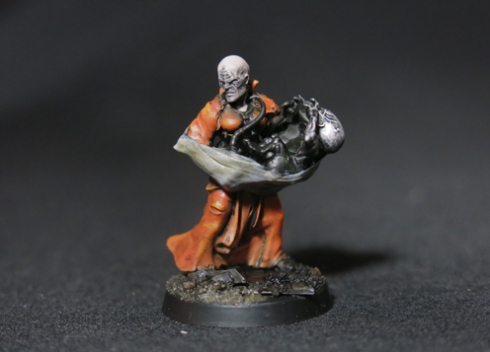 There’s just her to finish off now to bring this project to completion, after that there are a few other irons in the fire waiting for attention so watch this space.

Like Loading...
This entry was posted on Wednesday, March 28th, 2018 at 11:00 am and tagged with 40k, Genestealer Cult, Genestealers, Inq28, Inquisimunda, Inquisitor, Nestorian Infestation, nestorianinfestedpopulation, Wargaming and posted in Genestealer Cults, Inq28. You can follow any responses to this entry through the RSS 2.0 feed.
« Infested! – Part 10
Rodents Of Unusual Size – March »