In spite of my ongoing real-life business eating in my hobby time like a tyranid hive fleet with a particularly tasty planet I’ve still managed to get both my Fembruary models finished before the end of the month (cue a little self-congratulatory back-patting). Alongside the witch I showed previously I also wanted to finish off this assassin, who also serves as part of my contribution to the Nestorian Infestation. Rather than repeat myself too much those who want to know what Fembruary is should look here, those who’re interested in the Nestorian Infestation can read all about the infested population here, and those who want to know why when the brief calls for genestealer infested civilians my first contribution is neither a genestealer nor a civilian can see me justifying myself here. 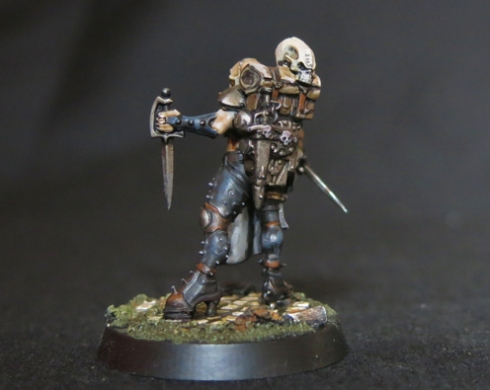 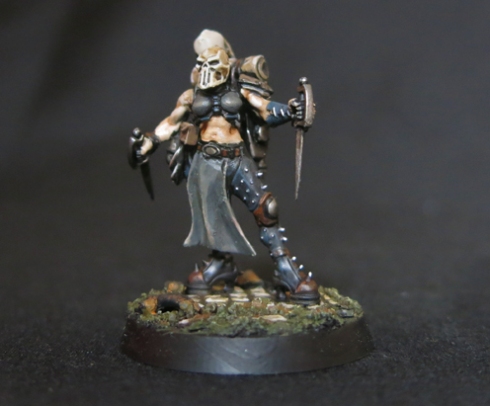 Now Fembruary has started me thinking about few female miniatures I have in my collection, although given that so few of my models are even human (Space Marines non-withstanding) I feel I have at least a sliver of an excuse. Hopefully soon I’ll have some Escher gangers painted up to show you and, although they wouldn’t be seen dead without their combat heels and form-fitting outfits, will at least serve to reduce the proportion of my troops with only one X chromosome. In the meantime here’s a group shot of my favourite females from my collection.

Who needs Grey Knights? Three Imperial ladies taking on the worst filth Nurgle can throw at them.

Of course this just leaves time to offer congratulations once more to Alex of Leadballoony for making Fembruary a “thing”, and to all the miniature’s designers willing to create female subjects beyond the impractical world of chainmail bikinis.

Like Loading...
This entry was posted on Wednesday, February 21st, 2018 at 4:23 am and tagged with Assassin, Fembruary, Genestealer Cult, Inq28, Inquisimunda, Nestorian Infestation, nestorianinfestedpopulation, Wargaming and posted in Genestealer Cults, Inq28. You can follow any responses to this entry through the RSS 2.0 feed.
« Black Magic Woman
Rodents Of Unusual Size – February »