Last time I talked about the Ordo Mors I mentioned that there was another character in the works, a scout. At the time he was nowhere near ready to show you, in fact he was looking pretty terrible, and the only reason I mentioned him at all was by way of goading myself into finishing him as opposed to having a temper tantrum and giving up entirely. However I’ve persevered and here he is, ready to seek out a path for Morix and his retinue. 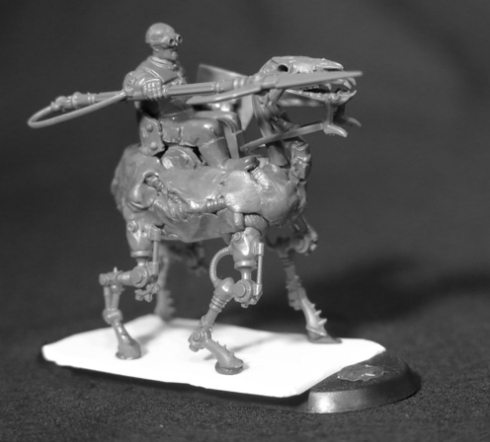 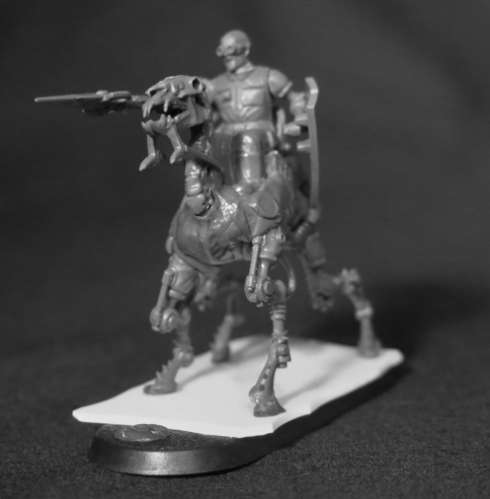 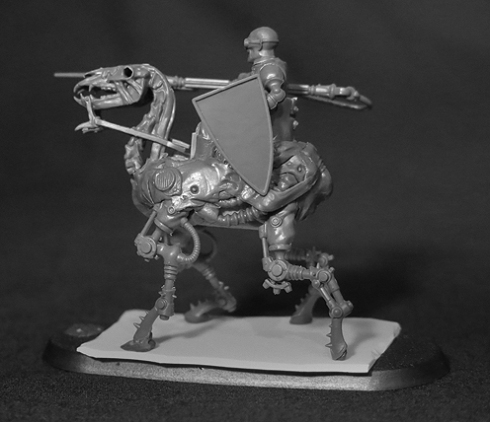 Of all the characters I’ve made for this warband he’s probably the one which has pushed my skills the furthest, not least because the main body of his horse is almost entirely sculpted from greenstuff. It’s now time for the whole retinue to hit the painting desk, although of course there’s still time for last minute feedback and suggestions.