Another Khorne berserker comes roaring out of the warp! 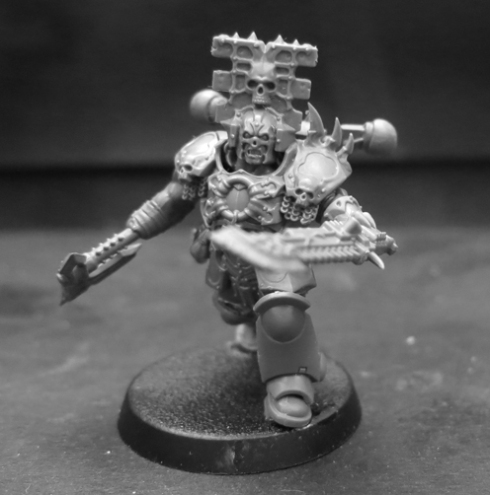 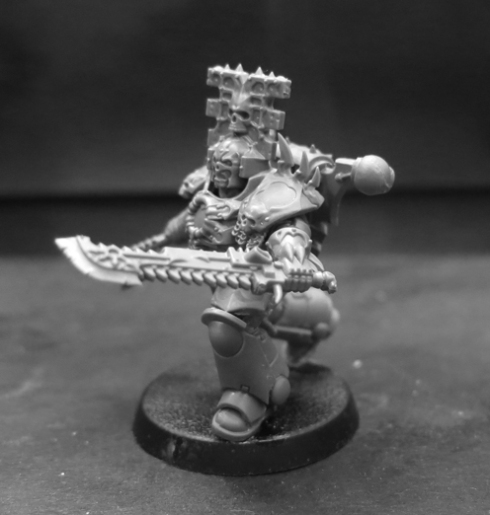 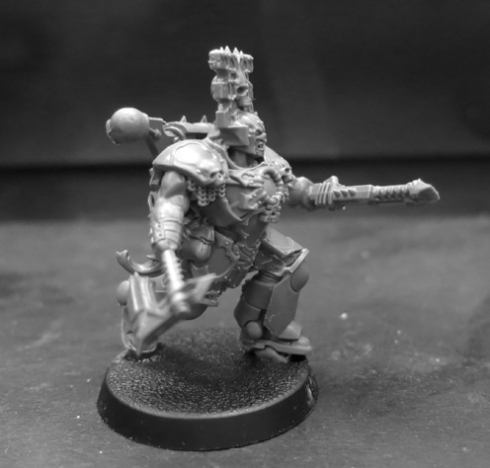 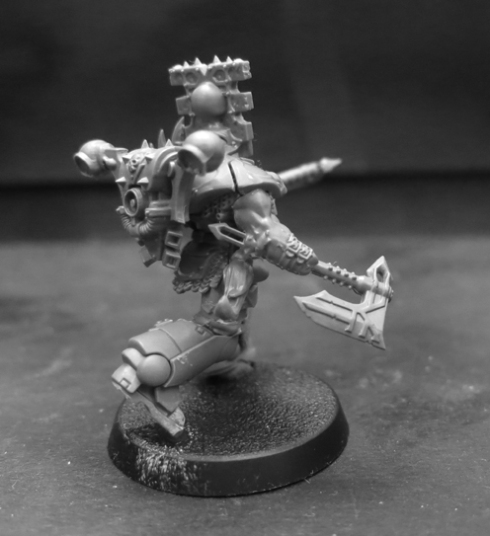 Last week I also showed you the squad’s standard bearer, and called for feedback and advice. The conclusion seemed to be a general cry of “Moah Skullz!” which given that this is a Khorne worshipper was probably to be expected. Specifically the backpack, and the back in general, were seen as being too clean, as though the warping influence of Chaos had concentrated on his front. Here’s the back of the model as it looked a week ago: 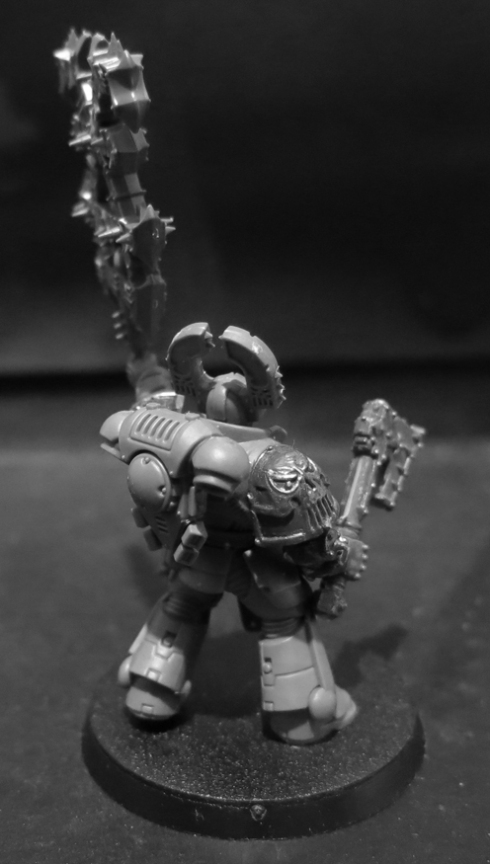 And here it is now. Hopefully you’ll feel, as I do, that this is an improvement, if not it’s never too late to explain to me the error of my ways. 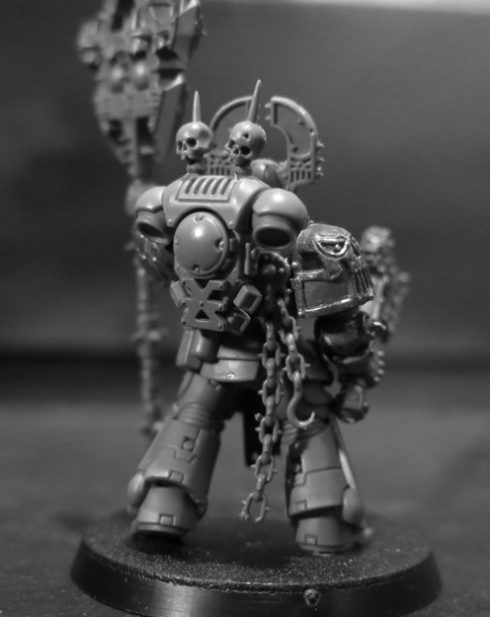 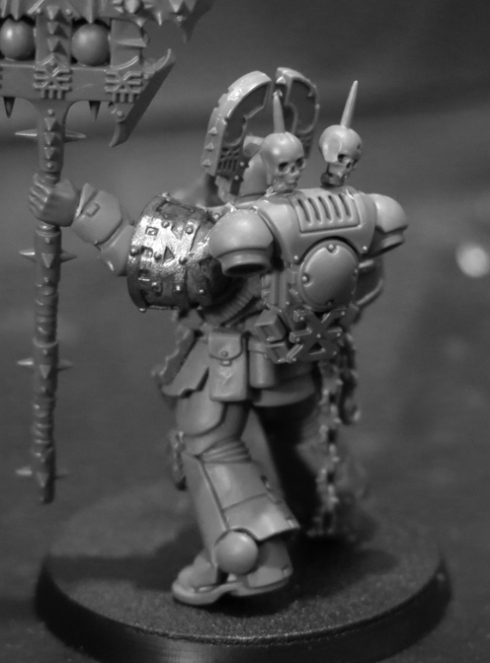 Thomas of High Times on the Eastern Fringe also suggested that the space around the neck was too empty and flat and suggested some kind of collar. In the end I greenstuffed part of a chaos star erupting from inside his armour which hopefully does the business of breaking up the flat panel without overtaxing my sculpting skills. 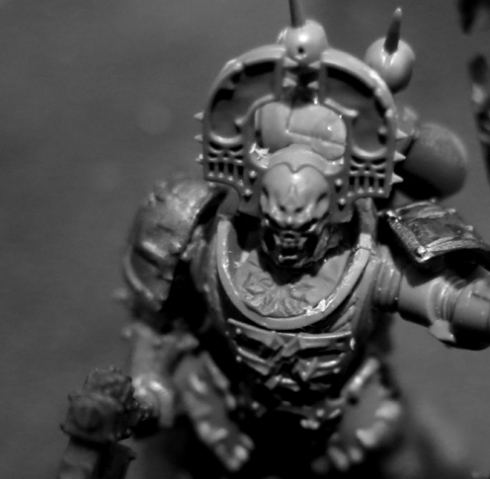 I also added a World Eater’s sigil to his knee, which seemed like a good fit. 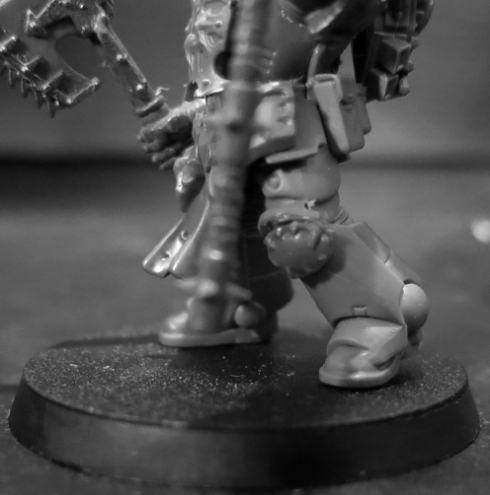 Here’s the squad so far ready to reap skulls and spread chaos. As ever if you have any feedback or advice you want to give you know what to do. 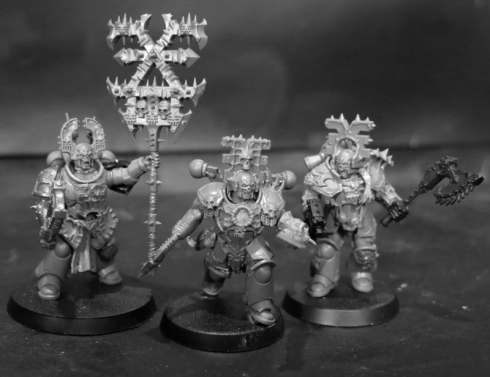 Like Loading...
This entry was posted on Monday, October 2nd, 2017 at 4:45 am and tagged with 40k, Chaos, Chaos Space Marine, Khorne, Truescale, Warhammer 40k, WIP and posted in Chaos Space Marines, Khorne, World Eaters. You can follow any responses to this entry through the RSS 2.0 feed.
« The Year of the Rat – September
DreadTober 2017 – Part 1 »