The Year of the Rat – September

With real life continuing to be busy, time for painting in short supply and my available energies focussed on the 41st Millennium, my Skaven army has suffered another month of less than inspirational growth. Still, every rat is another body to expend in the pursuit of victory for Skavendom so here’s two more ready to connive their way into the rearmost ranks of the ratty advance. 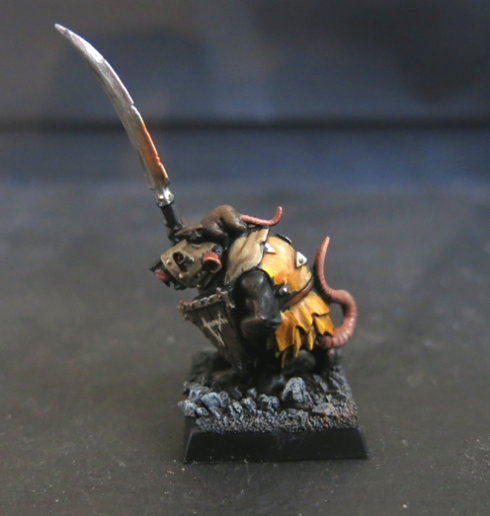 Speaking of ranks, those who still think in old fashioned warhammer terms will be pleased to discover that the addition of these two scabrous vermin adds another rank to my block of spear-rat infantry. I myself sit in a rules no-man’s land, not being particularly familiar with either ruleset, but my rats still sit on square bases and I still think of them as living in the Warhammer world rather than the Mortal Realms.

What’s more my hulking, ugly rat ogre may still be awaiting the arrival of a brother to fight alongside him but at least now I’ve recruited a handler to keep him lumbering in roughly the right direction and stop him from eating anyone who the packmaster hasn’t earmarked as a direct threat or rival (which, now I think on it, will be a slim list indeed in the cruel and complex world of Skaven society). 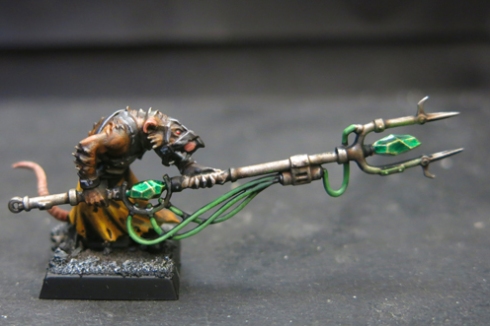 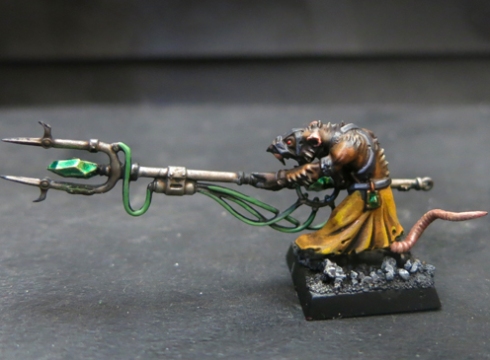 Like Loading...
This entry was posted on Saturday, September 30th, 2017 at 4:37 am and tagged with Age of Sigmar, Clanrat, Skaven, Wargaming, Warhammer and posted in Skaven. You can follow any responses to this entry through the RSS 2.0 feed.
« Welcome To The Jungle
Our Rage Won’t Die – Part 3 »

14 responses to “The Year of the Rat – September”