Some of you may recall that, back when the Heresy-era version of Ahriman was released I picked one up with the intention of turning him into the leader of my Tzeentchian forces – Mazzakim the Liar. In the end however I decided that the Ahriman model, nice though it is, lacked the sheer grandiosity I was looking for in Mazzakim. That left me with an unused Ahriman model so could I turn him into a Thousand Son’s sorcerer ready to join Mazzakim’s cabal? 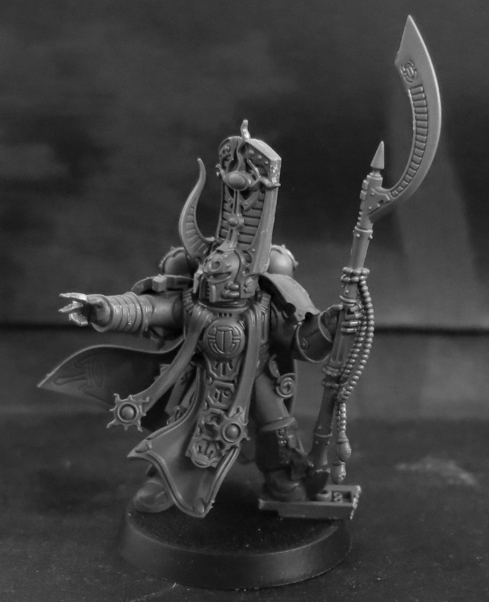 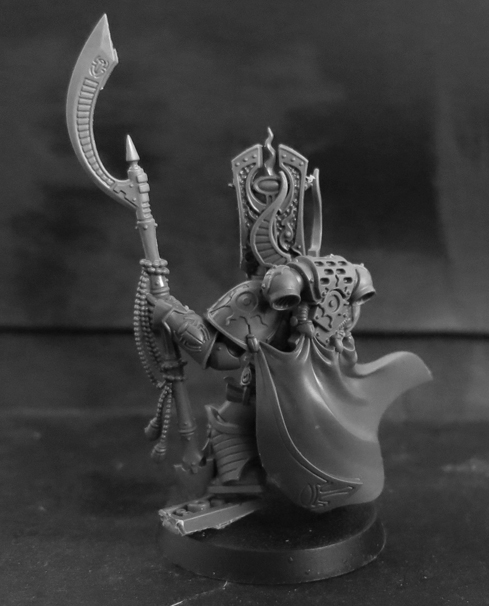 Overall I’m pretty pleased with him – to my eye he reads as more than just Ahriman with a different helmet. I debated removing the “cow horns” from his collar but have left them for now, as per the principle that it’s easier to cut them off later than to stick them back on. As usual though I’m open to suggestions.

Like Loading...
This entry was posted on Monday, January 16th, 2017 at 8:43 am and tagged with 40k, Ahriman, Chaos, Chaos Sorcerer, Chaos Space Marines, Games Workshop, Librarian, Sorcerer, Thousand Sons, Warhammer 40k and posted in Chaos Space Marines, Thousand Sons, Tzeentch. You can follow any responses to this entry through the RSS 2.0 feed.
« Any Spare Change – Part 2
In The Yellow Wood »