I made these aaaaages ago, as part of an early – abandoned – attempted to make some traitor guard. However, as I’m back to working on traitor guard again I thought now might be a good time to dig them out and let them see a little limelight.
Back then Imperial Armour 13 was a distant dream so I was basing my ideas off the (previous – not current) Imperial Guard codex (yeah, that’s right, none of your Astra Whatsits here, you’re in the Guard now son!) I had an idea for some little mutant bandits attempting to prey on my Chaos forces after they made planetfall on some crumbling scrap-world and, when the Chaos Marines moved on, a few of the bandits went with them, hiding out parasitically in the hold. Soon they would start following the Chaos Marines onto battlegrounds to pick over the corpses of the fallen, scurrying away with their ill-gotten loot to their lairs in the bowels of the ship. Eventually they would become just another part of the warband, albeit held in contempt by the Chaos Marines themselves, their skill as snipers held in high regard (but don’t ever eat what they cook!).
Essentially, then, these would be Chaos Ratlings. Here’s some pictures. 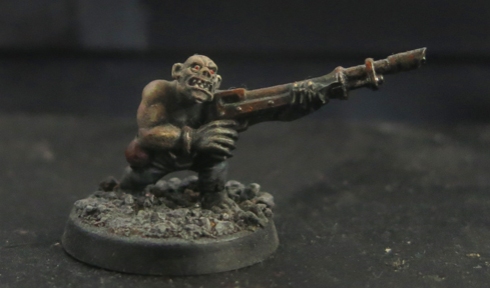 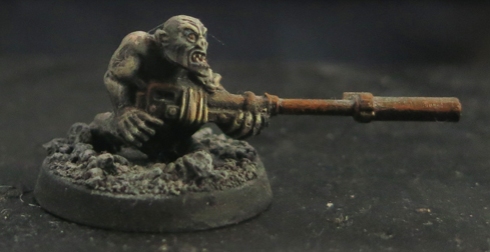 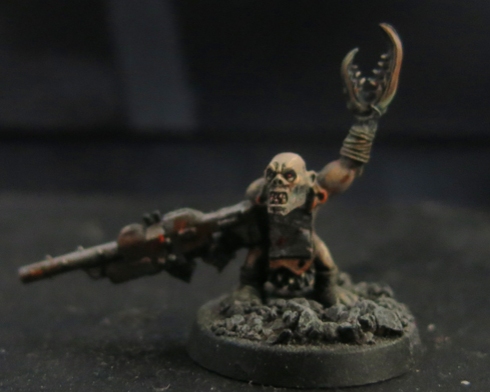 Quite pleased with the little powerclaw on this guy.

By the way has anyone ever heard of someone making an all Ratling army for 40k? I love the little space hobbits and I know I can’t be the only one. Plus there’s all those Lord of the Rings hobbit miniatures out there, surely, surely someone must be doing something with this? If you know of anyone don’t leave me in the dark, put a link in the box below. Cheers!

Like Loading...
This entry was posted on Saturday, June 20th, 2015 at 2:01 pm and tagged with 40k, Astra Militarum, Chaos, Conversions, Games Workshop, Gretchin, Imperial Guard, Miniatures, Ratlings, sniper, Traitor Guard, Wargaming, Warhammer 40k and posted in Traitor Guard. You can follow any responses to this entry through the RSS 2.0 feed.
« Anarchy Shall Be This Age’s King
Hammer of the Gods – Part 1 »

9 responses to “Ugly, Brutish and Short”